–On Tuesday, the San Luis Obispo County Sheriff’s Office received a report of a burglary which had occurred during the overnight hours at the County Animal Services Center in San Luis Obispo. 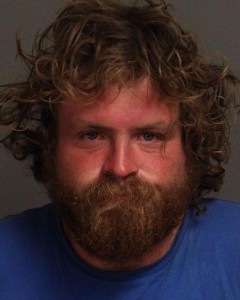 A staff member at the center says someone broke into the kennel and took a black and brown brindled colored pit bull mix named “Sid.” The dog had been quarantined at the kennel because he was considered dangerous with two previous bite attacks that sent each victim to the hospital for treatment. A judge had issued an order in October that the dog was dangerous to society and would be euthanized on Wednesday.

During the course of the investigation, the dog’s owner, 24-year-old Logan Timothy Wilson Stoffle was identified as the person responsible for the break-in at the animal center.