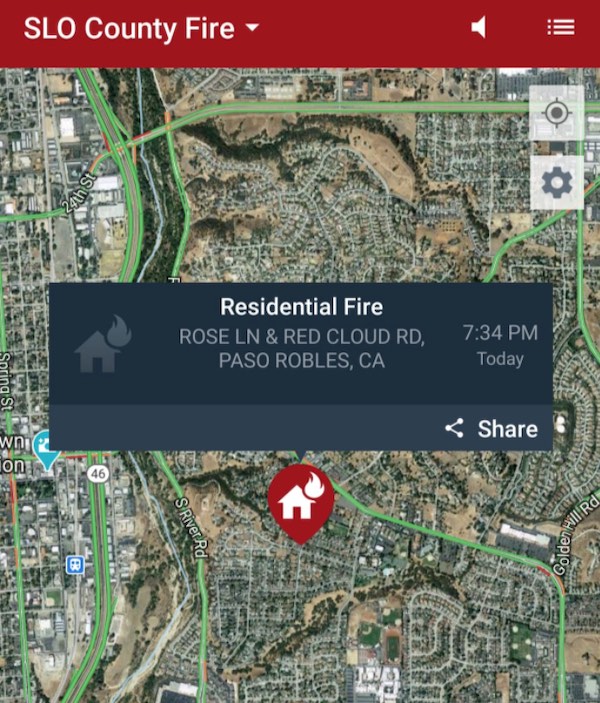 –A structure fire was reported in a Paso Robles neighborhood on Friday shortly after 7:30 p.m., according to reports.

The incident occurred in a house near the Rose Lane and Red Cloud Road intersection. The fire reportedly began in a chimney.

All occupants were able to escape, the fire was contained, and there were no injuries reported.