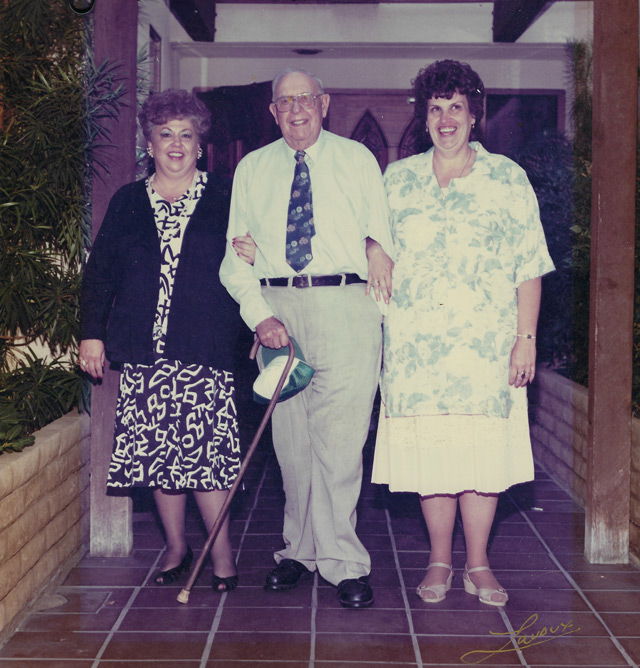 Hugh Black with his daughters Shirley Masia, at left, and Linda Pacheco. Photo was taken in the 1980s. Hugh passed away in 1988.

Pages from The Pass of the Oaks

–At the request and guidance from Hugh Black’s daughters Linda Pacheco and Shirley Masia, I am currently writing a book titled, The Legacy of Hugh Black. It is a fascinating story of Hugh’s strength of character, business sense, love for his family, his ranches, the Black Hatchery, and how he “put poultry to work” to augment his commercial success and generosity for his community.

Hugh was an astute entrepreneur with a kind, generous heart, and a sense of humor. In 1959, dramatic changes came to Highway 101 that had historically traversed Spring Street through Paso Robles. The new highway created a major intersection near the current Mid-State Fair property. Hugh’s Black Hatchery was right in the “thick” of it!

In the early years, Hugh studied Animal Husbandry at Cal Poly. And later developed a 10-acre turkey and chicken ranch and hatchery nearby along with other ranches. It was one of the best hatcheries in California, at top production. A total of 360,000 poults were hatched there. Some flocks numbered over 10,000, some living more than 10 years. Hugh Black also developed the Broad “double” breasted turkey that is different from the classic Thanksgiving bird. 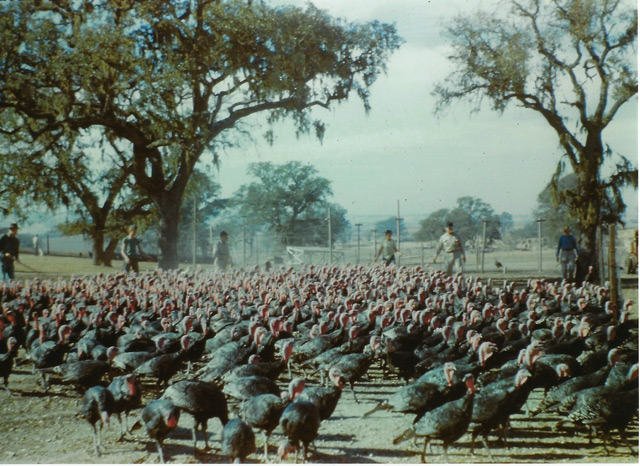 Along with managing the huge operation of the hatchery, in 1959, he recognized the business potential of the highway interchange and began developing the businesses that were referred to as the Black Oak Corner. Through the years, the corner included the Black Oak Restaurant, a Richfield service station, The Little Acorn Coffee Shop, Black Oak Liquor Store, and the Twin Oaks Industrial Park. In 1961, the original Black Oak Motor Lodge opened at the current location of the Adelaide Inn and relocated to 24th Street in 1966. The Little Acorn Coffee Shop is now Margie’s Diner.

While he wasn’t involved with running the Black Oak Motor Lodge every day, he knew about occupancy! He checked on the lodge every day. His daughter and manager Shirley Masia recalled, “All he wanted to know was the occupancy for the previous night. He already knew how many guests were at the other motels.

Early every morning after having coffee at Wilson’s Restaurant, Hugh drove around town and counted the cars in the other motel’s parking lots. Then he would come to the lodge and compare his occupancy. The staff would wonder about how he knew the lodge had sold out before he came in. Only to find out later that he had a telescope at his home on the hill that pointed directly at the vacancy signs. 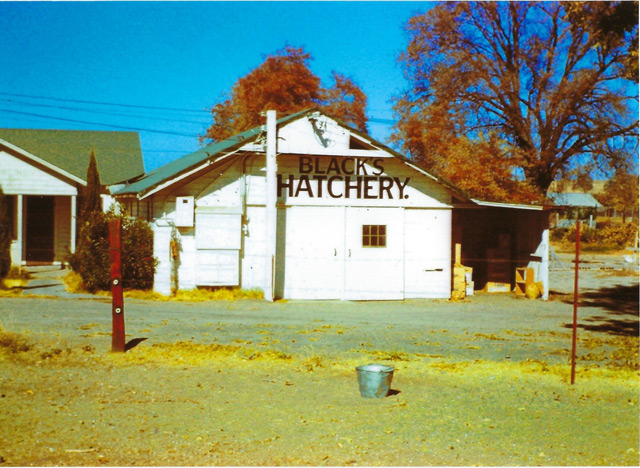 As the Mid-State Fair approaches soon, the stories of guests and celebrity entertainers are part of the Black Oak Motor Lodge endearing memories. How things have changed! The popular performers stayed at the Black Oak because of the convenient location since they had two shows a night. Hugh’s daughter and motor lodge manager remembers that Bill Cosby went on stage with damp “knickers’ because his laundry wasn’t dry enough by showtime. Shirley’s mom, Winona had her favorites – Red Skelton and Kenny Rogers. Hugh made only one request to meet a celebrity through the years: Hal Linden from the popular Barney Miller TV series. They met but Hugh never shared what they discussed.

While Hugh was not a Paso Robles native, he lived with the spirit of our pioneers by remembering and patterning his Nebraskan ancestral roots, loyalty, and generosity to his Paso Robles community. He was a member of Paso Robles Rotary Club, Exchange Club, and the American Legion. He helped to fund many scholarships over the years. Hugh gave everyone in his family and even strangers, his unique style of genuine compassion with his usual humor mixed in!

The Oak and the Willow. Some of the branches may bend like a willow in a strong wind while the trunk remains majestic and solid in stature. Our oaks represent pride; symbolizing our history, our strength, and resiliency through the ages; many thriving here for hundreds of years. Being strong with grace describes Hugh Black and his legacy of service and generosity.

El Paso de Robles is a Spanish phrase and geographical name derived from a land grant named Rancho Paso de Robles that was secured by brothers Daniel and James Blackburn and Lazarus Godchaux in 1837. By 1857, the town was officially named El Paso de Robles and eventually changed to Paso Robles. Millie Drum’s regular column titled Pages from The Pass of the Oaks will be a blend of past and present, business, and personal stories. 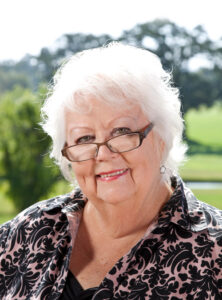 Millie Drum has been involved with the local retail, sales promotion, and media industry for 30 years including corporate store management, owning a business in downtown Paso Robles and volunteering with the Main Street Association and Chamber of Commerce. In 1998, she joined the Country News-Press as a writer and advertising consultant. She continued her interest in journalism with the Paso Robles Magazine for the next 15 years.

Drum is currently a freelance writer/editor as independent owner of Straight For/Word Marketing and Media. Her goal for her column in Paso Robles Daily News is to share uplifting stories about people, places, and events from the past to our present. Her new column will be called Pages from the Pass of the Oaks. Email her here: mildrum@sbcglobal.net