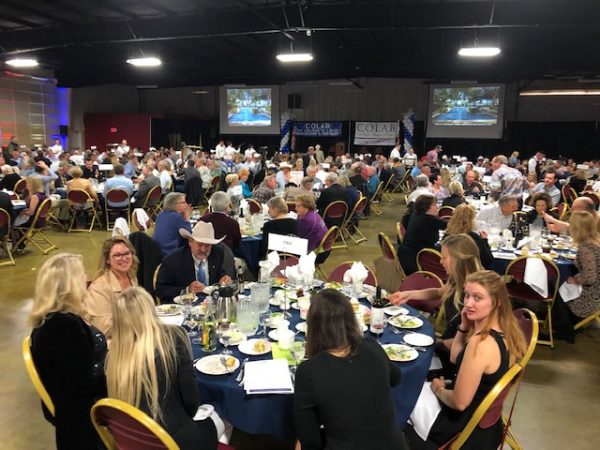 –More than 600 people attended the 10th Annual COLAB Dinner and Fundraiser Thursday night at the Madonna Expo. COLAB, the Coalition of Labor, Agriculture and Business, hosted Columnist Dan Walters who spoke about life in California with Governor Gavin Newsom in Sacramento. He said Gavin Newsom is outwardly more liberal than the “older” Jerry Brown.

Walters said the new Democratic majority is having an impact in Sacramento. He said Democrats are pushing programs for universal health care, free college education and a plethora of tax programs. 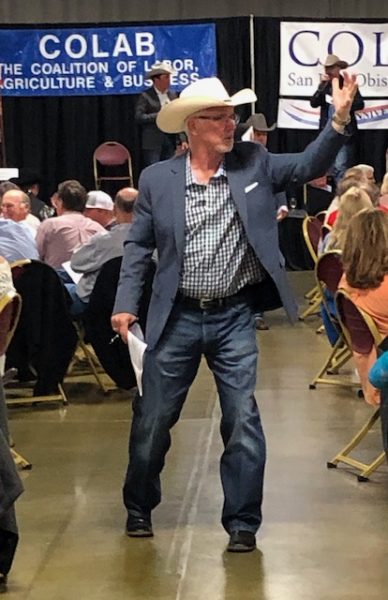 The 10th Annual Dinner and Fundraiser included an auction to raise money for the coalition. Items sold to the highest bidder included a fully guided 2-day Tule Elk cow hunt on the Twisselman Ranch, and a Santa Margarita Ranch Day of Fun for eight.

Proceeds benefit COLAB and its efforts to lobby for labor, agriculture and business interests in San Luis Obispo County.