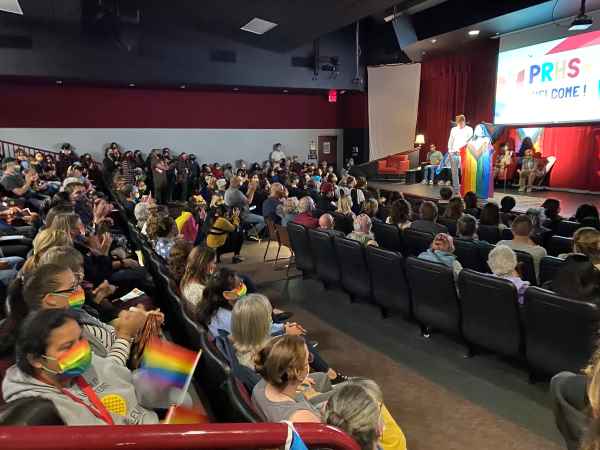 The Paso Robles High School theater was standing room only for the event.

– Wednesday night at Paso Robles High School Theatre there was an overflowing audience of about 300 inside and 100 outside for a student-led program called “Coming Out Against Hate.” The program started at 6 p.m. and included 14 student speakers connected to the LGTBQ+ community sharing their experiences. There was a short film interviewing more students, a dance routine, a song, and a call to action moderated by the president of the Equality Club, Eve Barajas, and ASB Vice President John Seden-Hansen. 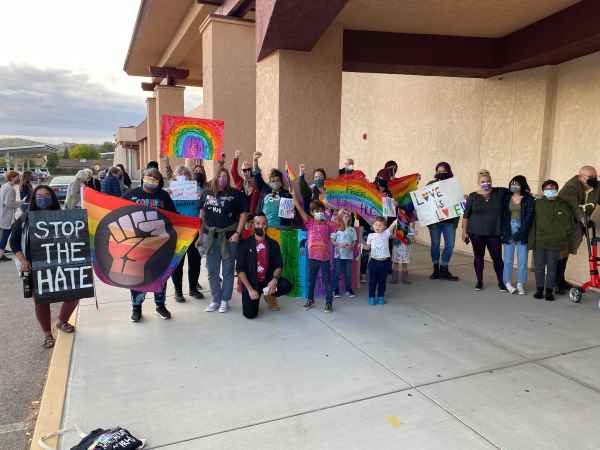 The student speakers shared incidents of harassment and not feeling safe. They called on administrators to change the recently adopted policy limiting the display of the LGTBQ+ flag. They expressed hopes that one-day other LGTBQ students would be safe and protected at school.

A call to action developed by the Equality Club listed three action steps:

A student banner shows support for the LGBTQ+ community on campus.

“I never expected that it would take two weeks for school officials to talk about what had happened in the first place,” Senior Ava Hughes said, “I learned that in order to combat hate, administrators believe that we simply shouldn’t be as big of a target.”

“I can’t even see myself represented on the walls of my teachers’ classrooms because of a restriction that was set after students defecated on the pride flag,” said student Danny Perez, “We didn’t do anything but we are the ones being punished. It doesn’t make sense.” 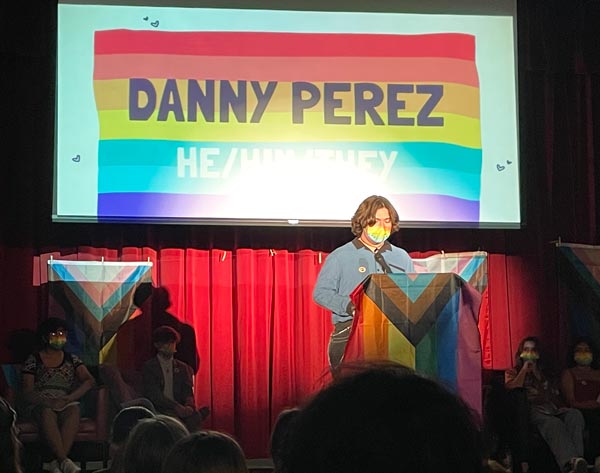 PRJUSD Student Services Director Tom Harrington says he attended the forum to show support for Bearcats. He said, “I tell them, you may not like all your fellow students, but you need to respect their right to get and education at PRHS.”

Tuesday morning, an LGBTQ mask was found desecrated at the high school. In a letter to students, Principal Anthony Overton called the desecration of gay pride mask this week “Hateful, intolerant and inexcusable.” An investigation into the mask desecration continues. 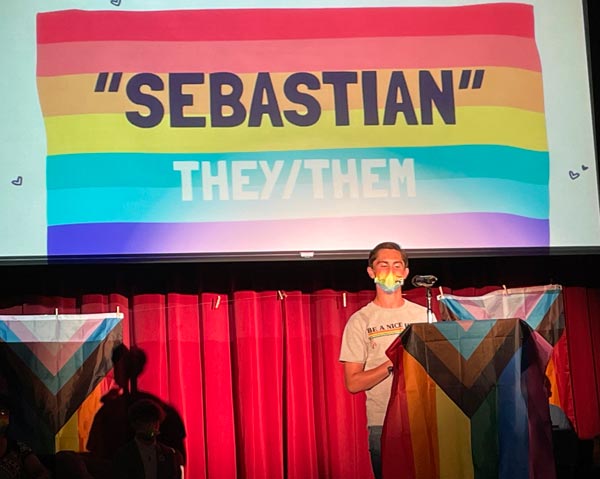 Community member Eric Zack Bergmann attended the event to show his support and live-streamed from the theater. “The event was amazing and to see the community come out and take a stand with these students against hate, intolerance, and unfairness,” he said.

“It was incredible to see a whole town unify and back the students,” he said. “The moment and being there was just as if we are watching change happen right there.”

Sponsors of the event included The Equality Club, ACT Club, J00I Club, BSU Club, MEChA Club, ASB at PRHS and NOSB Club. The visual and performing arts, science and social studies departments were thanked for helping to create a safe space for the event. 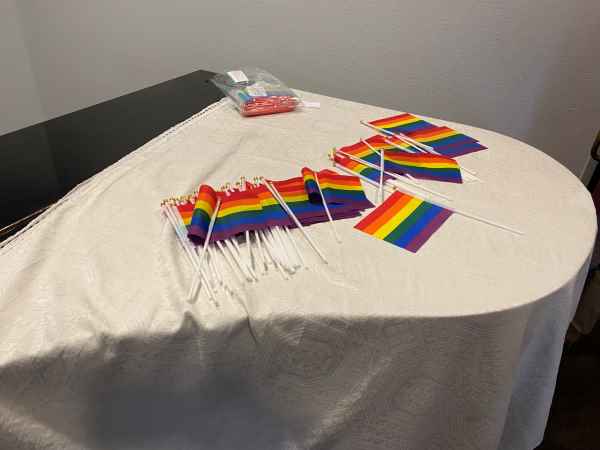 Rainbow Pride flags on display for supporters to wave.

–Report and photos by Laura Parker with Dick Mason contributing.