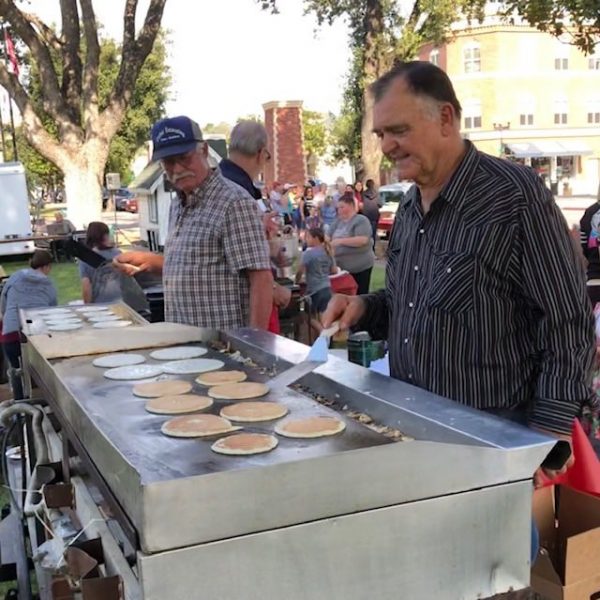 –The 27th Annual Mid-State Fair Pancake Breakfast attracted more than 1000 people Thursday morning to the Downtown City Park in Paso Robles. The breakfast was free, but required tickets obtained at no cost from downtown businesses.

Norma Moye of Downtown Paso Robles Main Street Association said, “The weather was gorgeous, and we had a wonderful crowd.” The Mid-State Fair Royalty attended early in the morning, but left for more pressing responsibilities at the fair.

For years, the late Lester Rougeot and his crew cooked the breakfast. Lester’s wife was Barbara Estelle (Hatch) Rougeot. Her great-grandfather was one of the first settlers in Paso Robles. The Hatch family donated the land to develop the county fairgrounds in the early 40s. Barabara died in 2010. Although Lester Rougeot died several years ago, several of his crew still cook for the annual breakfast.

The Mid-State Fair Breakfast is held each year in the downtown city park on the final Thursday morning of the fair.