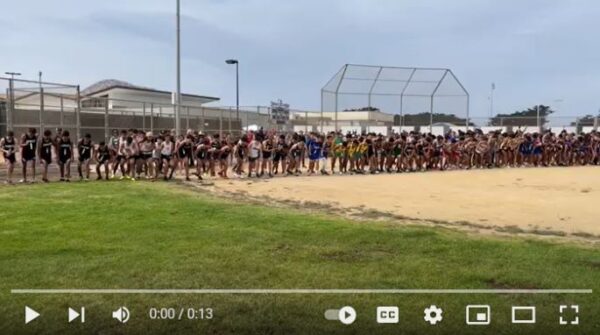 – The Morro Bay Invitational attracted more than 500 hundred runners Saturday to Morro Bay High School. In the Girl’s Varsity race, 174 runners from 24 teams competed on the “campus to the beach and back to campus” course. The Boy’s Varsity race included 206 runners from 28 different teams. 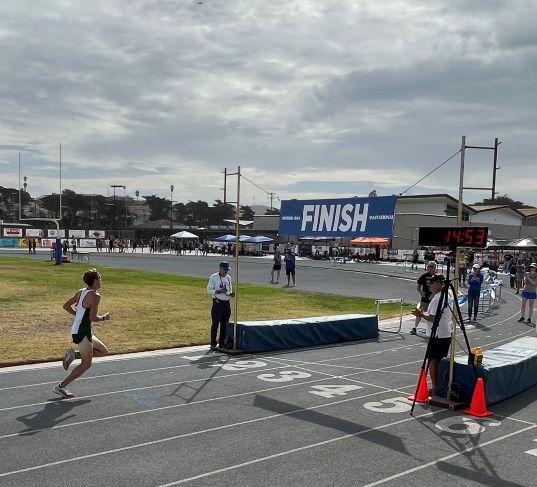 In the girls’ race, Nicole Bridges of Liberty-Bakersfield won the event by more than 40 seconds. Her time was 18:28.2. Jimena Madera of Madera South finished second.in 19:11.8. Paso Robles runner Syndey Moore finished 3rd in 19.17.0. San Luis Obispo’s Brinley Ewen completed the course in 9.22.2, just five seconds after Moore. She placed 4th out of 174 runners. 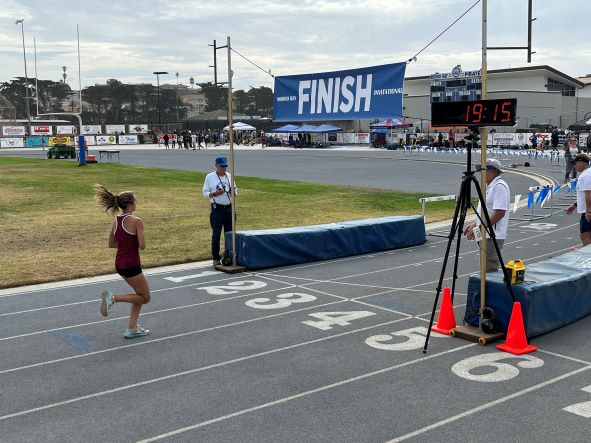 In the Boys Race, Templeton’s Josh Bell jumped out to an early lead, but Josiah Delgadillo of Clovis went out with him. The two runners dueled for the first mile. When they hit the dry sand about a mile into the course, Bell ran away from Delgadillo. Bell won by a wide margin in 14:53.6. Delgadillo of Clovis was second in 15:18.4. runners from Madera South finished 3rd, 4th, and 5th. Quinn White of San Luis Obispo finished 6th in 15:56.6. Luke Reiss of San Luis Obispo finished 10 seconds behind in 9th place. His time was 16:06.1 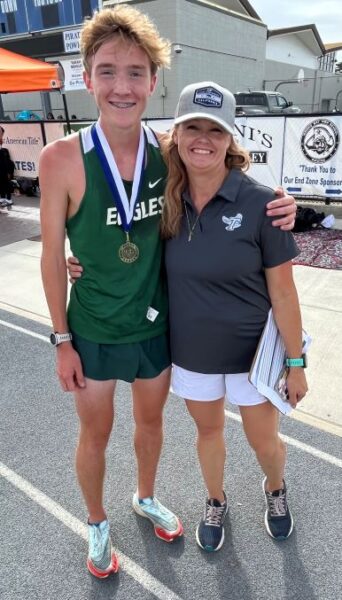 In the Boy’s team results, Madera South finished first with 37 points. Madera South had a pack of runners near the front for most of the race. San Luis Obispo finished second with 73 points. Clovis was third with 97 points. Among North County teams, Paso Robles finished 11th with 313 points. Tempelton was 13th with 355 points. 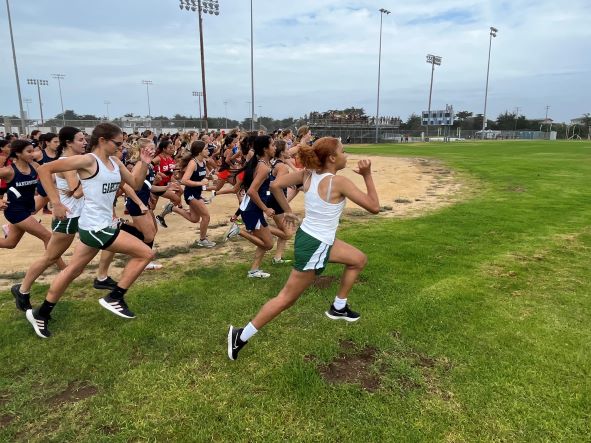 The start of the girls’ race.

The weather Saturday morning in Morro Bay was balmy and overcast without much wind. It lent itself to a good distance running event. The organization of the race was excellent. That’s why they call the invitational the “Meet that Rocks!”