Hundreds turn out to pay respects at vigil for Trevon Perry 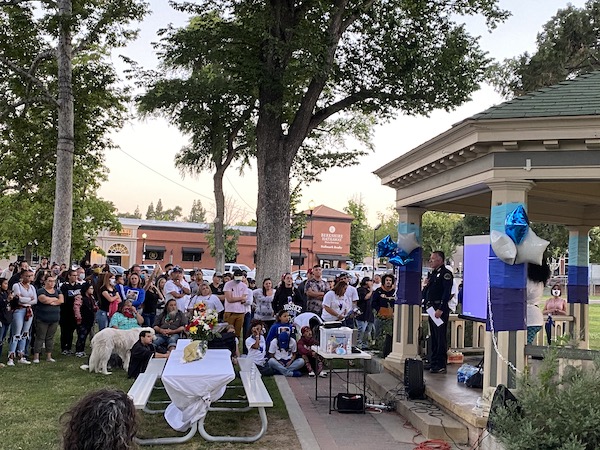 Among those to speak at Monday evening’s vigil was Paso Robles Police Chief Ty Lewis.

–A vigil for Trevon Perry attracted a couple hundred family members, friends, and members of the community to Downtown City Park in Paso Robles Monday evening.

Family members described him as the center of the family, who would put a smile on everyone’s face. 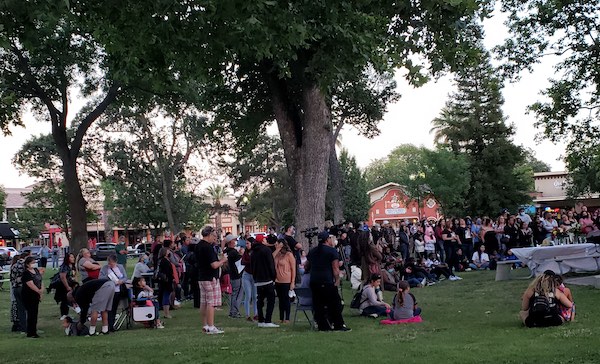 The father of two disappeared on March 16. Paso Robles Police believe they have found his remains in a house in Riverside. Sunday, they arrested 23-year-old Nicholas Ron of Paso Robles as suspect in Trevon’s disappearance and murder.

Family member Porsche Bailey said, “Trevon loved his friends like family. Christoper was like his brother. And Trevon made the brave choice to testify and pursue justice for his best friend. Now Trevon, like Christopher before him, has been taken from us by another senseless act of violence.”

23-year-old Christopher Vento Wilson, Trevon’s friend, was stabbed to death in Shandon June 1, 2019. Trevon testified for the prosecution of the suspect, 26-year-old Kejuan Guy Bynum of Atascadero, who is accused of Wilson’s murder.  Bynum is awaiting trial. 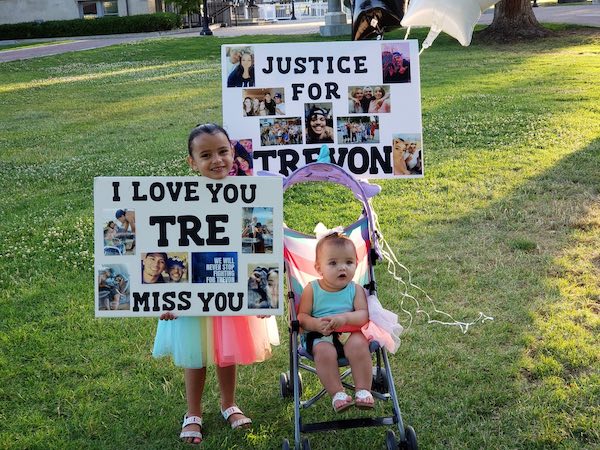 Among those to speak at Monday evening’s vigil, Paso Robles Police Chief Ty Lewis. He said, “I am very happy to see the community come together and turn some real challenging times into something positive. We don’t have many murders occur in our community. To have one that touches so many people is emotional. I’m just glad our police department and district attorney’s office is able to help bring closure to the family.”

Trevon Perry was 28-years-old. He left behind two children and a lot of friends and family who cared about him.