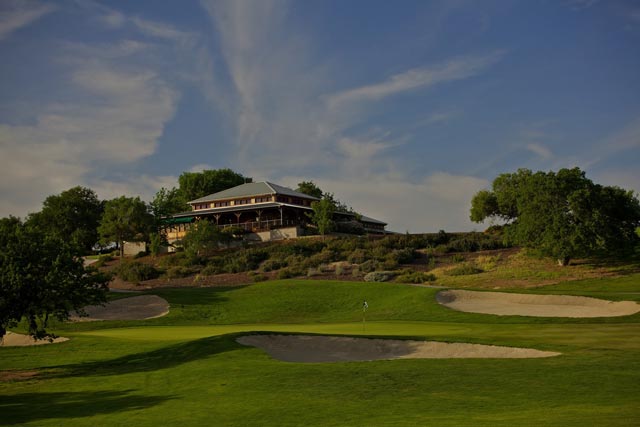 Hunter Ranch Golf Course and Restaurant is celebrating its 20th anniversary this year in grand fashion. Starting with roll-back the rates this spring and finishing with a fall tournament, the 20th anniversary offers golfers the chance to celebrate throughout the year.

“It’s been quite a ride over the past two decades,” stated Managing General Partner Ken Hunter III. “We’re thankful the course has drawn a following with both locals and traveling players seeking out a premier course.” In 1994, Ken’s father, Ken Hunter Jr. opened the course on Highway 46 East before Paso Robles was a known destination. Hunter saw the need for a world-class public course, anticipating the area would grow into a celebrated region with its proximity to the coast, popular wines and small town charm.

Beginning in March, the course will offer roll-back rates from 1994 on the 20th of every month. Additional promotions include:

“We’re proud that 20 years later, we are still the place for world-class golf here in Paso Robles,” said Vice President and General Manager John Carson. “Celebrating 20 years in business gives us a reason to thank our long-time players and welcome those who are new.”

Prior to developing Hunter Ranch, the Hunter team also developed and built two other golf courses on the Central Coast, Sandpiper in Santa Barbara and La Purisima in Lompoc. The rolling hills and oak trees of Paso Robles inspired Hunter to create a course where players could be alone – away from homes and development. Hunter was a believer that golf courses need to incorporate natural terrain and fit into the landscape.