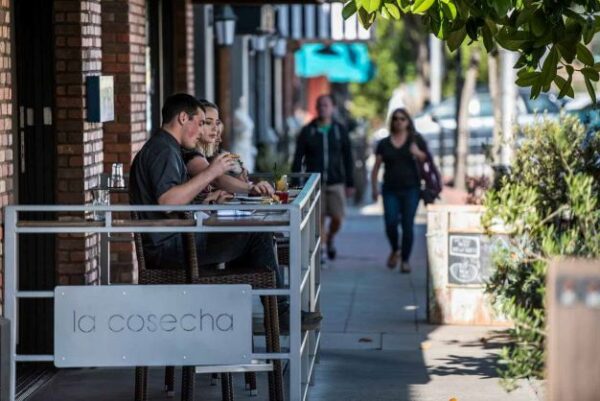 Awards this year mark the ninth win for Il Cortile, and the sixth win for La Cosecha

– Il Cortile Ristorante and La Cosecha Bar and Restaurant have announced that Wine Spectator has officially honored both Paso Robles restaurants with 2022 awards of excellence.

“These awards not only guide our readers to dining establishments with impressive wine lists and outstanding service, but also serve to honor restaurants for their achievements and commitment to maintaining pristine cellars,” said Marvin R. Shanken, editor and publisher of Wine Spectator.

Il Cortile Ristorante and La Cosecha Bar and Restaurant were lauded for their “outstanding food quality, exciting dining and cocktail menus, elite service, and their robust and thoughtful wine lists that offer a range of prices to encourage exploration and represent Paso’s top wineries.”

“We are so thankful,” said Sommelier Carole MacDonal, wine and beverage director for both restaurants and co-owner with her husband, Chef Santos MacDonal. “We strive to showcase the best local and international wines and are thrilled that Wine Spectator has awarded us again.”

Only seven restaurants in San Luis Obispo County were honored, they include: Il Cortile Ristorante, La Cosecha Bar and Restaurant, Lido Restaurant and Lounge, The Spoon Trade, Mason Bar and Kitchen, Les Petites Canailles and The Restaurant At Justin.

Wine Spectator began its program to recognize the world’s best wine restaurants in 1981. The complete list of award winners is available here.