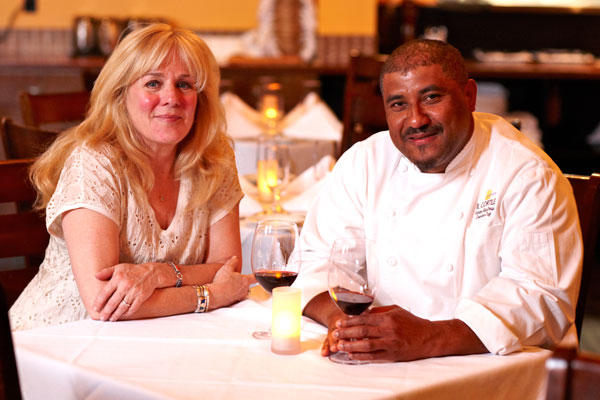 Il Cortile Ristorante of Paso Robles was recently honored for its wine program in Wine Spectator’s 2016 Restaurant Wine List Awards. The restaurant is recognized among eight other winners from San Luis Obispo County and thousands from all over the globe as a top destination for wine lovers.

“On behalf of Wine Spectator, I’m thrilled to congratulate each and every award-winning restaurant,” said Marvin R. Shanken, Editor and Publisher of Wine Spectator. “They should be very proud,”

“We are proud of our wine list inspired by the food created by Chef Santos,” said Carole MacDonal, owner and managing partner of Il Cortile Ristorante located at 608 12th St., Paso Robles. “Wine completes the dining experience. Our list offers exquisite wines from Paso Robles, the Central Coast and selections from Italy’s many wine regions.”

Il Cortile Ristorante has won the award for three consecutive years – 2014, 2015 and 2016. This award recognizes restaurants whose wine lists feature a well-chosen assortment of quality producers along with a thematic match to the menu in both price and style.

The complete list of award winners is available in print in Wine Spectator’s August issue, on newsstands July 19, and online at the newly minted Restaurants.WineSpectator.com, where visitors can search and access exclusive content on the more than 3,500 restaurants. The full list is also available for free on iOS via the new Restaurant Awards app, which allows users to look for dining spots in any location with maps, choosing by wine strengths, cuisine type, pricing and more.