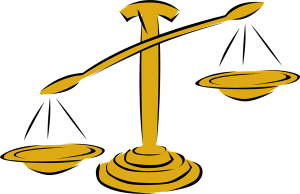 After the presentation of the award, Vice President of the Central Coast Trial Lawyers Association Jeff Stulberg said, “Ilan has once again proven that he is committed and passionate about the work he has undertaken over the last forty years of his career. We are proud to recognize Ilan for his dedication and tireless efforts to uphold the law and our justice system, and the right to a jury trial of our peers.”

This is the third time Funke-Bilu has been awarded with this high honor and the first time the prestigious award has ever been given to an attorney for their work in criminal defense.

The two previous times Funke-Bilu received this award came in 1991 and 2003. Ilan has also been awarded as one of the top 100 trial lawyers by the American Trial Lawyers Association.

According to the San Luis Obispo County Bar Association, “the Central Coast Trial Lawyers Association (CCTLA) was formed with a mission to protect the rights of consumers through the judicial process and to facilitate the administration of justice.”

Funke-Bilu is a practicing attorney in San Luis Obispo and lives there with his wife Kelly. He has announced that he will seek a vacancy on the San Luis Obispo County Superior Court in the upcoming election.