Inmate escapes custody by walking away from Honor Farm facility 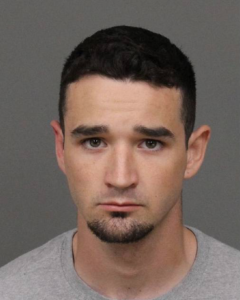 –On Wednesday at approximately 11:15 p.m., San Luis Obispo County Sheriff’s Office Custody staff discovered that an inmate had walked away from the Honor Farm facility on Kansas Ave.

The inmate was identified as 20-year-old Timothy Powers of Paso Robles. Powers was in custody at the Sheriff’s Office Honor Farm Facility for theft-related charges. Powers had removed his ankle monitor before escaping from the Honor Farm facility between the hours of 9 p.m. and 10:40 p.m. on Wednesday. Powers is on active San Luis Obispo County Probation, however he was not considered a threat to the public.

The Sheriff’s Office Detectives, Patrol, and Custody Staff engaged in a comprehensive apprehension effort. On Thursday at approximately 9:22 AM, Sheriff’s Office Deputies stopped a vehicle in San Miguel suspected of being associated with Powers. Powers was located in the front passenger seat of the vehicle and arrested without incident for escape from custody. The female driver of the vehicle, identified as 24-year-old Claudia Penaloza of San Simeon, was subsequently arrested for conspiracy. Both Powers and Penaloza were booked at the San Luis Obispo County Jail for the aforementioned charges.