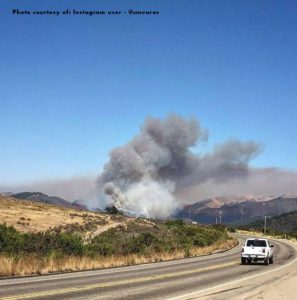 – California Insurance Commissioner Dave Jones today released a report on the growing problem of homeowners fire insurance availability and affordability in many areas throughout the state. The report recommends needed changes in law-the legislature should enact to effectively address the growing problem, which is likely to get worse as a result of last year’s devastating fires.

Over the past two decades, wildfires have caused significant insured damage in what is called the wildland-urban interface where an estimated 3.6 million California homes are located and more than one million are identified as being at high or very high fire risk.

“Californians are facing more severe, more unpredictable and more frequent wildfires,” said Insurance Commissioner Dave Jones. “Add to the equation, increasing development in areas more vulnerable to fire and you can see why wildfires are now an everyday threat to life and property for Californians.”

The devastating risk and cost of wildfires was brought home in late 2017 when wildfires, driven by high winds, destroyed and damaged more than 21,000 homes in the North Bay and tragically killed 44 people. The nightmare continued into December, as a stubborn high-pressure ridge, record temperatures and Santa Ana winds fueled deadly fires from San Diego and Los Angeles to Ventura and Santa Barbara, again destroying thousands of homes and structures and killing two people, including Cal Fire equipment engineer Cory Iverson. The Thomas Fire, which is near full containment, is going down in history as the state’s largest wildfire, charring more than 280,000 acres in December.

The California Department of Insurance is seeing an increasing number of complaints, feedback and other evidence from policyholders, consumer groups, public officials, and other stakeholders that homeowners’ insurance coverage in the wildland-urban interface is increasingly difficult to obtain and, if available, is unaffordable for many. The inability to obtain affordable homeowners’ insurance coverage creates great risk to the financial security of individual homeowners and the economy.

“Insurers are increasingly using computer models to assess the risk of fires for individual homes and deciding that homes in some areas face too high a risk,” said Jones. “In the wake of last year’s wildfires, we may see more areas of the state where insurers decline to write. The Legislature has given insurers broad latitude to decide whether and where to write fire insurance, therefore we are recommending new laws to improve fire insurance availability.”

Insurance Commissioner Dave Jones directed the department to undertake its own in-depth analysis of the scope of the availability and affordability issue and develop proposed solutions to mitigate or solve these problems. This analysis includes an extensive review of consumer complaints and feedback from stakeholders, and also included an in-depth analysis of the two major wildfire-risk models.