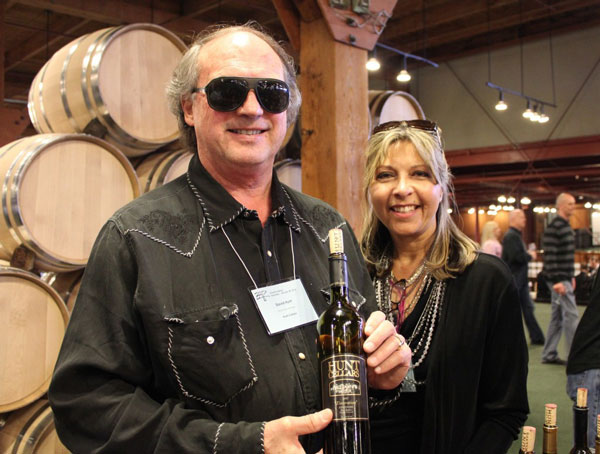 In the mid-1990s, David Hunt was in a race against time. A degenerative eye disease called retinitis pigmentosa was sapping his vision. Threatened with complete loss of sight, Hunt could have capitulated to the condition — and anyone would have understood.

His worsening vision diminished the businessman’s ability to read in his 30s, but not his entrepreneurial savvy. In the 1970s he claimed patents for security and telephone line detection devices that would make their way into home security systems and voicemail.
After setting in motion a handful of small businesses the following decade while building a cash cushion, Hunt found his calling: “I didn’t want to live in the back of a Volkswagen on promises. I wanted to be able to control my future.”

In his 40s, Hunt shifted gears. He sold his patents and businesses, fled the security game and followed his passion: winemaking.

Hunt — whose vision was severely diminished at this point — saw enough in the San Luis Obispo County land to purchase a plot in the central coast and plant his first vineyard in 1996. A public tasting room complete with colonial architecture and picnic space followed in 1999, and a bucketful of awards have come since.