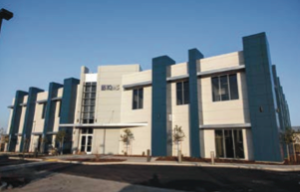 IQMS, a Paso Robles software company, was named for the fourth consecutive year as one of fastest growing private companies in America by Inc. magazine. It was placed on Inc.’s 500|5000 list. Ranked at No. 3,487, IQMS qualified for the list at nearly the same steady rate of growth as last year.

Inc. magazine culled the 2014 list of companies by measuring revenue growth from 2010 to 2013. The select few who ranked this year did so at a time when growth in the United States and Europe had mostly stalled, making their performances that much more impressive. IQMS realized an organic growth rate of 95 percent over the past three years to earn its Inc. four-time bragging rights.

“Only a tiny fraction of the nation’s companies have demonstrated such remarkably consistent high growth, particularly in the difficult economic environment of the past few years,” said Eric Schurenberg, Inc. magazine president and editor-in-chief, in a special congratulatory letter. “This achievement truly puts IQMS in rarefied company.”

IQMS attributes its strong growth over the past three years to a few critical elements: An advanced, comprehensive software solution that pushes the boundaries of shop floor control with state-of-the-art advancements, lean operations throughout the IQMS organization and an innovative, supportive customer base.

“At the same time as our notification of placement on the Inc. list, IQMS was finalizing our first institutional round of funding,” said Randy Flamm, president at IQMS. “This important strategic growth equity partnership will allow IQMS to grow even faster and extend our leadership position further than ever before. We look forward to many more years of placement on the prestigious Inc. list.”