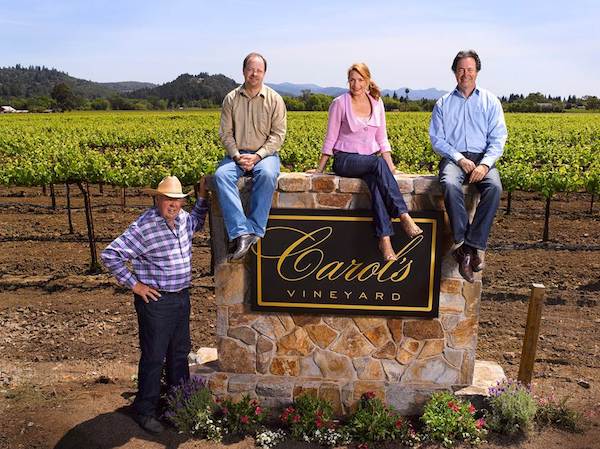 –J. Lohr Vineyards & Wines has announced the 10‑year anniversary of its nationwide Touching Lives campaign, which has made a measurable difference in many lives by providing more than 6,500 mammograms for women in need. J. Lohr donates $3 from the sale of each bottle of its limited-release J. Lohr Carol’s Vineyard Cabernet Sauvignon to National Breast Cancer Foundation, Inc. (NBCF). This thriving partnership supports NBCF’s efforts to raise breast cancer awareness through early detection services, such as mammograms, and Patient Navigation programs that help guide women through healthcare barriers to ensure timely diagnosis, treatment and support.

Touching Lives was conceived when the Lohr family lost Carol Waldorf Lohr, who was Jerry’s wife and Steve, Cynthia, and Lawrence’s mother, in 2008 due to complications from breast cancer. Carol is the namesake for Carol’s Vineyard, a 35-acre certified sustainable estate vineyard in St. Helena, Napa Valley, from which the acclaimed Carol’s Vineyard Cabernet Sauvignon is crafted.

“Our deeply personal family story has galvanized many of our distributors, accounts, and consumers across the nation, of their own accord, to take a proactive role in championing breast cancer awareness with the resources available in our Touching Lives toolkit,” said Cynthia Lohr, co-owner and trade and brand advocate with J. Lohr. “Though October is National Breast Cancer Awareness Month, the momentum of this year-round program benefits all participants and, most importantly, the one out of every eight women who will receive a breast cancer diagnosis over the course of her lifetime.”

J. Lohr Vineyards & Wines is commemorating this 10-year milestone by taking the stage in the heart of the Carol’s Vineyard local community by supporting the 8th annual Napa Valley Film Festival, taking place Nov. 7-11, 2018. The 2014 J. Lohr Carol’s Vineyard Cabernet Sauvignon will be featured with additional small-lot wines from the J. Lohr Vineyard Series in the Patron Circle Dinner on Nov. 8 and will be poured at festival events throughout the weekend. The 2014 vintage expresses savory coffee with red and blue fruit elements wrapped in a barrel signature of hazelnut and cocoa powder. Firm and angular in structure, this blend of 79-percent cabernet sauvignon and 21-percent petit verdot from Carol’s eponymous site has the power and finesse to age gracefully over the next fifteen years.

“We are proud to partner with the Lohr family,” said NBCF President & Chief Operating Officer Kevin Hail. “They have been an extremely dedicated partner that has made a significant and tangible impact in the lives of thousands of women over the past 10 years. Through the commitment of companies like J. Lohr, NBCF is able to greatly expand its support of the health and wellness of individuals and communities across the country.”

To learn more about Touching Lives, visit www.jlohr.com/touchinglives. To make a donation, please go to www.nbcf.org.