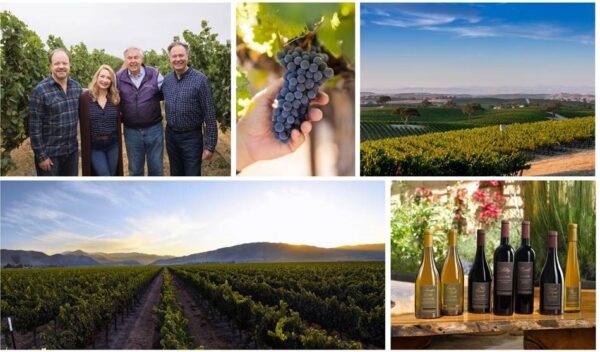 Winners selected based on quality of wines, performance in the magazine’s blind-tasting process

– J. Lohr Vineyards & Wines announced this week that it has been named one of the Top 100 Wineries of 2022 by Wine & Spirits Magazine. This year marks the eighteenth year that Wine & Spirits has celebrated the world’s best wineries with a top-100 list that spans a who’s who of the greatest wineries around the globe. Winners were selected based on the exceptional quality of their wines and their performance in the magazine’s blind-tasting process. J. Lohr will participate in the magazine’s annual Top 100 Tasting in San Francisco on Oct. 13.

The J. Lohr story is rooted on California’s Central Coast. In 1972, when most California wine exploration focused on Napa Valley and California’s more northern wine country, Jerry Lohr chose a different path when he planted J. Lohr’s first Monterey County estate vineyards. He then followed with his original Paso Robles vineyards in the mid-1980s.

“As a multigenerational, family-run winery approaching our 50th anniversary, it is a very special honor to be included on such an illustrious list of the world’s best wineries,” said J. Lohr President and CEO Steve Lohr. “We have always taken great pride in crafting wines that express the charm and character of our home on the Central Coast, so it’s particularly gratifying to be singled out for making wines that embody the essence of our regions. We are thrilled to be in such great company on this year’s Top 100 list, and we have been particularly happy to see several fellow Central Coast wineries make the list the last few years. It reflects what a dynamic and exciting time this is for Central Coast winemaking.”