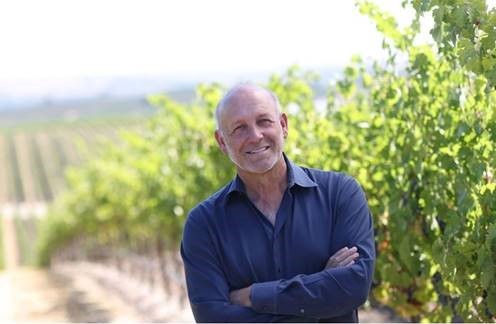 – J. Lohr Vineyards & Wines President/COO Jeff Meier is retiring this December after 37 years with J. Lohr Vineyards & Wines. For nearly four decades, Meier has been an integral part of J. Lohr’s success, working closely with Founder Jerry Lohr, the Lohr family. In recognition of his industry leadership and contributions, Meier was recently named one of two Alumni of the Year for the UC Davis College of Agriculture and Environmental Sciences’ 32nd annual Award of Distinction event.

A San Francisco Bay Area native, Meier would often accompany his parents on wine tasting trips to Napa and Sonoma, where he says he fell in love with the beauty and tranquility of the vineyards and subsequently developed his lifelong passion for wine. This passion led Meier to the University of California, Davis, where he earned his degree in viticulture and enology, studying under legendary professors Dinsmore Webb, James Cook, Mark Kliewer, Ann Noble, Carole Meredith and Cornelius Ough.

Meier worked his first harvest at J. Lohr in 1984 and was named winemaker in 1995 after following in the footsteps of colleague and mentor Barry Gnekow, who instilled in Meier an appreciation for the artistry of winemaking, as well as a deeper understanding of the direct relationship between vineyard conditions and wine quality. During Meier’s 25-year tenure as winemaker and later director of winemaking, he has championed a holistic approach to crafting wines that uphold long-standing mentor and leader Jerry Lohr’s original vision to grow, produce and bottle wines with a distinct sense of place from J. Lohr’s more than 4,000 certified sustainable estate acres in Monterey County’s Arroyo Seco and Santa Lucia Highlands appellations, Paso Robles, and St. Helena in the Napa Valley.

Pioneers of Central Coast grape growing and winemaking, Jerry, Meier and their teams introduced the vineyard-driven wines from J. Lohr Estates in 1987 and later, J. Lohr Vineyard Series in 1998, to a global audience and to critical acclaim. In 2014, Meier was named J. Lohr President/COO, overseeing operations, production and marketing, while also working closely with Director of Winemaking Steve Peck to ensure continuity in the stylistic direction of all J. Lohr wines.

“Our vineyards are at the core of our identity,” said Meier. “Because we have complete control over farming, we can develop each block with the appropriate clones, rootstock, spacing, trellising and yields to maximize flavor.”

After trips to the left and right banks of Bordeaux, France, Meier and his teams began to blend J. Lohr’s Paso Robles-grown Bordeaux varieties, chiefly cabernet sauvignon, merlot and cabernet franc, to create the J. Lohr Cuvée Series, which debuted in 2002 and to date has received some of J. Lohr’s most significant industry praise. In 2009, after grape growing trials of Rhône varieties, Meier and his teams launched the limited-release J. Lohr Gesture.

“It’s been incredibly rewarding to see the growth of J. Lohr – from having two wines in the J. Lohr Estates tier reflected in the Nielsen Top 10, to the birth of the J. Lohr Vineyard Series, the cuvée series, Gesture, J. Lohr Signature Cabernet Sauvignon, J. Lohr Pure Paso, even our 40th anniversary wines,” said Meier. “I am very proud to have worked alongside Jerry and the family in developing an industry-best roster of talented winemakers, enologists, and production team members.”

“Jeff has established many standards of excellence within J. Lohr and throughout the industry over his many years, and on many levels,” said Founder Jerry Lohr. “Jeff’s impact and legacy will endure long after his retirement and his work will continue under the leadership of the second generation of the Lohr family, which includes CEO Steve, CBO Cynthia, and COO, Vineyards Lawrence. We collectively cherish Jeff for all he has brought to our wine quality and production capabilities, to our wine education and marketing, and to our family of colleagues and communities.”

Meier remains an advocate for industry research and experimentation, attending and presenting at technical conferences around the world. He is also an active member of the American Society for Enology and Viticulture, the Executive Leadership Board at UC Davis, and the American Chemical Society.