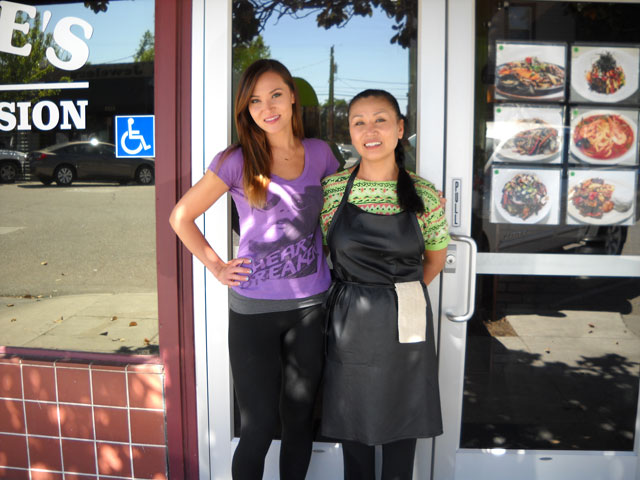 Sarah and Jackee Dirmeyer in front of their new restaurant .

Jackee’s Korean Fusion, a new restaurant that opened in downtown Paso Robles earlier this year, is getting great reviews for its tasty entrees. It’s a tiny eatery with just five tables, but the flavors pack a big punch. 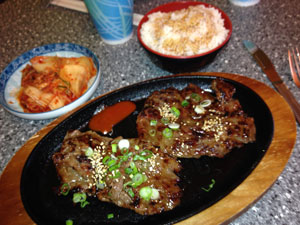 Kalbi, a Korean BBQ-style beef steak with rice and kimchi.

It’s run by mother-daughter duo, Jackee and Sarah Dirmeyer. They are serving up Paso with their spin on traditional Korean grill. The “fusion” means it is a mixture of Korean grill with a California flare. This adds new fresh and crisp ingredients to their Korean barbecue, says Jackee.

“Just finished my third lunch at Jackee’s,” says Yelp reviewer Jennifer A. “Delicious! Spicy, tasty and fresh. We are so lucky to have an authentic Korean restaurant in Paso. Go, eat and tell all your friends that this place is yummy!” That just one of several positive Yelp reviews of Jackee’s Korean Fusion BBQ.

Jackee was born and raised in South Korea, and is experienced in the restaurant business having previously run a place in Houston, Tex. The two keys to a successful restaurant, says Jackee, is “first, make excellent food. Second, make it affordable.”

There are only six entrees on the menu plus kimchi and occasional specials. The Korean food entrees are made fresh to order. 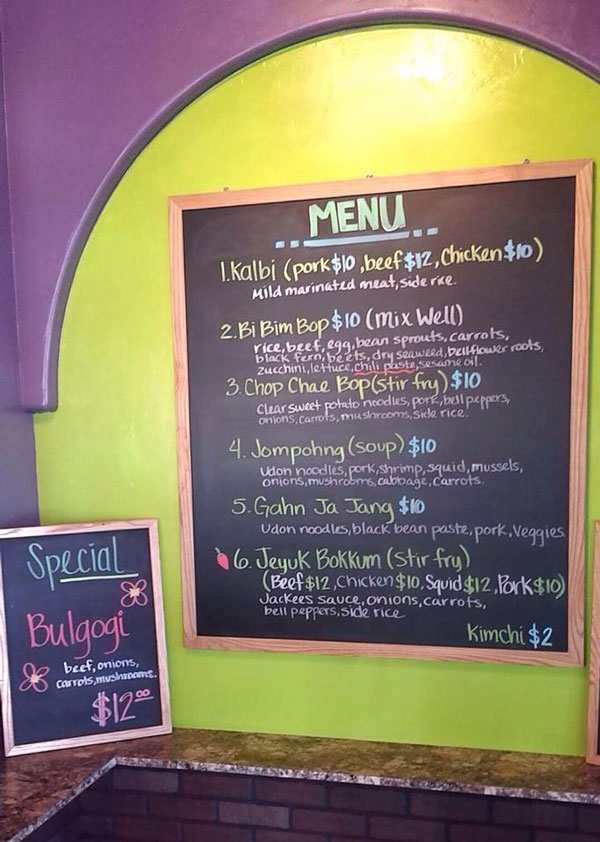