Jerome Harvey Boxer was born in Los Angeles in 1930 and passed away at his home in Paso Robles on December 16, 2014 with his son, Michael, at his side.

If the world is divided into “givers” and “takers”, then Jerry was the consummate “giver”. He was always striving to make the world a better place and doing everything in his power to make that happen. He was a leader in every community of which he was a member and touched many lives throughout the years with his generosity and wisdom. 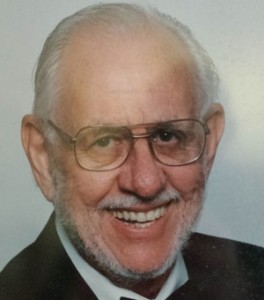 Jerry graduated from UCLA in 1954 with a degree in business and was a certified public accountant for the next 60 years. When he sold his interest in his Los Angeles accounting firm and “retired” to Paso Robles some 30 years ago he continued to use his accounting skills to help Seniors and other people who could not afford to hire an accountant.

He was truly a Renaissance man and excelled in everything he did. He had a unique passion for life and was not afraid to take on any new venture. He was an accomplished artist in several mediums. Jerry grew wine grapes from which he made wonderful wines and taught wine appreciation at the college level. He loved to cook and entertain friends, which gave him an opportunity to pair different wines with different foods and thereby educate his guests in wine appreciation.

Jerry loved the water and had assembled a collection of boats which he happily referred to as “the Boxer navy”. In addition, he had numerous hobbies, such as model railroading, all of which gave him great pleasure. He was an accomplished clown and magician, and was very proud of the fact that he was a member of the Academy of Magical Arts which allowed him to invite special friends to the Magic Castle in Los Angeles to see world class magicians.

In “retirement” Jerry was a tireless worker for many worthy causes and charitable organizations. He was a 32nd degree Scottish Rite Mason and served as Master of Masonic Lodge No. 196 in Paso Robles and as the President of the Paso Robles Scottish Rite Club. Jerry was a Noble of the Al Malaikah Shriners, which gave him an opportunity to make good use of his clown suit to raise money for Shriner charities.

He was the impetus behind the founding of Jewish Congregation Ohr Tzafon in the North County and served as its first President (as well as doing the art work for the ark holding the Torah scrolls). Jerry was very active with the Friends of the Library in Paso Robles, and was a force in getting a North County campus built for Cuesta College. He served with distinction as the President of the Mid-State Fair Board of Directors. He was passionate about politics and worked very hard to get Democrats elected to state and local offices (and, once in a while, a “worthy” Republican).

Jerry was married to the former Sandra Karasic with whom he had two children, Michael and Jodi. Some years after Sandra passed away he married the former Sandra Schaffner in 1980. As Jerry was fond of saying, “who else could marry two women named Sandra, both of whom were from Chicago and both of whose parents came from Russia?”

In his will, Jerry wrote that he wanted his friends and family to be told that “I enjoyed my life fully and had a marvelously happy time through all of it. Above all, I treasure my family and friends, and wish to be remembered with joy and happiness.”

Jerry was preceded in death by his parents, Ben and Edith Boxer, and by his brother, Oscar Boxer. He is survived by his wife, Sandy (who was the center of his universe and with whom he made “great magic” over the past 34 years), his children Michael Boxer and Jodi Antov, his grandson Ben, nephews Joel and Ted Boxer, and KC, his beloved Cavalier King Charles Spaniel.

A traditional Jewish funeral service will be held for Jerry on Monday, December 22, 2014 at 2 p.m. at the Los Osos Valley Memorial Park in Los Osos, California. Rabbi Janice Mehring of Congregation Ohr Tzafon will officiate. At Jerry’s request, a party will then take place at 5:30 p.m. (“so that people can stay late and have a good time”) at the Masonic Lodge located at 320 Sherwood Road in Paso Robles. In lieu of flowers, Jerry requested that his friends and family be encouraged to make a donation to one or more of his favorite charities.