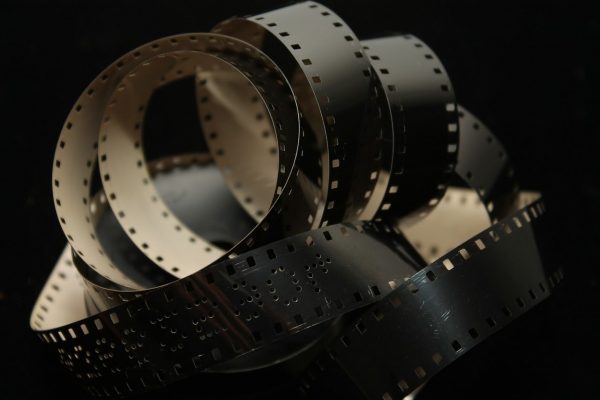 –Each January, the first local cultural event of the year is the San Luis Obispo Jewish Film Festival, celebrating its 10th anniversary. For a decade, the festival has played host to a variety of narrative, documentary and shorts films from around the world celebrating Jewish culture.

Hosted at the Palm Theater, the festival kicks off Tuesday night, at 7 p.m. with a pre-festival screening of the award-winning feature documentary Fiddler on the Roof: Miracle of Miracles. Fiddler is the first in-depth documentary film that chronicles the life and themes of this iconic musical. Opening in 1964, Fiddler on the Roof held the record for the longest-running musical for almost 10 years, won nine Tony Awards, and spawned five Broadway revivals. The screening will include live music and a costume contest featuring the iconic characters from the film.

Saturday, January 4, at 5 pm, the weekend festival begins with a welcoming reception at the San Luis Obispo Museum of Art on Broad Street, where filmmakers and audience members can meet one another while tasting local wines and locally sourced food before heading over to the Palm Theater for an evening celebration of Jewish contributions to the Motion Picture Industry. The evening will include the powerful documentary Hollywoodism: Jews, Movies and the American Dream which features how Jewish producers helped transform the Hollywood movie industry. Profiles of studio founder Louis B Mayer and others are explored as well as a look at the films created in its golden age.

Sunday morning is just the start to an exciting day-long slate of inspiring films. The 9:30 a.m. morning presentation includes two documentaries, Cuba’s Forgotten Jewels: A Haven in Havana, explores the little known story of the Jewish refugees who escaped Nazi-occupied Europe and found a safe haven on the Caribbean island of Cuba and Operation Wedding, the harrowing tale of an escape attempt from the Soviet Union, by a group of young Soviet Jews who were denied exit visas. The Q&A following the screening will be a discussion about the history of Soviet Jewry in the US.
In the afternoon, the festival presents the student short film, The Lightning Man, by Jonathan Goetzman from Chapman University, followed by The Samuel Project, a marvelous narrative film featuring Hal Linden about a young boy who seeks to turn his grandpa’s history from the war into art.

Then it’s time to take a break, toast a glass of wine and talk about movies at the lively kibitz hour at Luna Red before savoring a fabulous dinner with the filmmakers. With a belly full of great food, return to the Palm Theater once again for an evening of laughter with Latter Day Jew, H. Alan Scott is a gay man who is a former Mormon, converted Jew, cancer survivor, and writer-comedian finds his spiritual path and prepares for his bar mitzvah. Scott will be on hand to regale us with his humor and charm.

Screenings always sell out, so you’re encouraged to buy your tickets early. Sponsorship packages that include tickets to the all the events are still available. For tickets and more information, visit www.jccslo.com.

Posted in:  Community, Region
About the author: News Staff