He was born in Los Angeles on Christmas Day, thus he was given the additional name Noel. John graduated from Fairfax High School and immediately joined the U.S. Navy. After the end of World War II, he attended Los Angeles City College, graduated from Bakersfield City College and attended USC. During high school, he did the sound work for school dances. He also repaired TV’s for spending money. He worked at Hughes Aircraft Co. as an engineering lab technician. 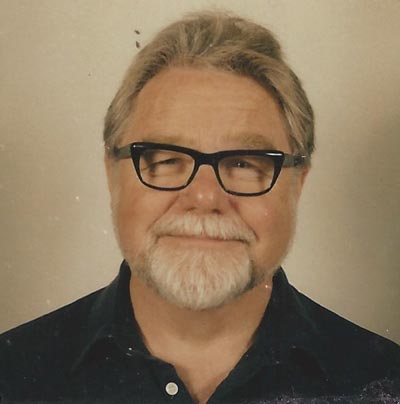 Later John bought a few tools from his father’s garage and started a one-man shop repairing blueprint lamps. This company, now called Western Quartz Products, Inc. moved to Paso Robles in 1965. The company now manufactures high intensity quartz lamps which are sold in many parts of the world. The company is now owed by his son Jon Dallons and daughter Katy Wetterstrand.

John was an avid race fan. In his younger years he was a member of a race team that went all over the southwest racing every weekend. John always had a hot car; he never gave up his need for speed. The last car he bought was a Corvette ZR1 which he and his wife Berna picked up at the factory in Kentucky and drove back to Paso Robles.

John did sound work for many of the performers at the Mid-State Fair and some of the stars hired him to do other concerts where they performed. He passed on to his sons his abilities in sound systems, racing, electronics and ham radio. He got his ham license as a young boy and remained an active ham his entire life. He built and operated two radio repeaters which are still active.

John and Berna traveled the world, first building more customers for their business and later for fun. They went around the world twice and also traveled to many different countries independently.

According to his wishes, a private spreading of his ashes was held at his home on Santa Rosa Creek Road and a memorial with some of his family and closest friends. In lieu of flowers a donation may be made to Cuesta College Foundation marked for North County Campus.