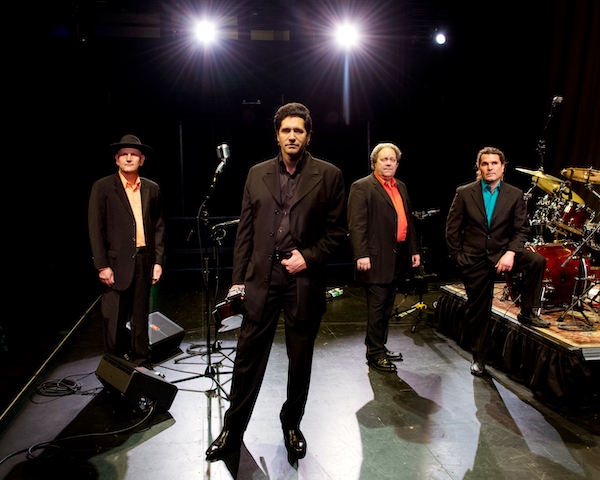 –The signature sound of Johnny Cash and the Tennessee Three will fill San Luis Obispo’s Fremont Theater when James Garner’s critically acclaimed tribute to the “Man in Black” performs on Sunday, Oct. 6 at 7 p.m. This will be the national touring show’s debut engagement on the Central Coast.

Concertgoers can expect to hear familiar Cash favorites, including songs from the historic At Folsom Prison and At San Quentin albums, recorded behind prison walls half a century ago.

In 2007, Garner and his band began touring with his tribute show, making a special trip to Folsom State Prison in 2008 to commemorate the 40th anniversary of Cash’s infamous live album. That was followed by a performance at San Quentin State Prison in 2010. Gene Beley, one of two reporters covering the historic 1968 Folsom Prison concert as part of Cash’s entourage, has also attended several of Garner’s Johnny Cash tribute shows.

“Garner and his band give concertgoers their money’s worth,” Beley said. “This act will not disappoint the people who wish to resurrect that classic Johnny Cash voice and rhythm.”

In addition to playing the Man in Black’s iconic songs, Garner is well-known for his unique storytelling about Johnny Cash and the Tennessee Three, and the important music they created, particularly at the infamous prison concerts.

“I first heard At San Quentin when I was in junior high, 25 years after its original release,” Garner said. “I imagine my reaction was the same as those who heard it in ’69. It was raw, in your face, and real. It didn’t have the polish of a studio recording. It was rough around the edges, fortifying its authenticity, just like At Folsom Prison before it.”

For Garner, the love of Johnny Cash music started at an early age while growing up in Hanford, California.

“I was 12 years old when I heard my first Johnny Cash song as we drove on Highway 198 from Visalia to Hanford,” Garner said. “It was ‘Don’t Take Your Guns to Town’ and I was hooked. A few years later, I saw him in concert in Fresno and got to meet him backstage following the show. Shaking hands with Johnny Cash is still one of the coolest experiences I’ve ever had.”

A quarter of a century following the meeting with Cash, Garner continues to pay tribute to his musical hero. In addition to playing shows across the country, Garner’s group has released three full-length albums, making them the most recorded and published Johnny Cash tribute show in the nation.

Tickets for James Garner’s Tribute to Johnny Cash at the Fremont Theatre are $22-$42, available at FremontSLO.com or Boo Boo Records.