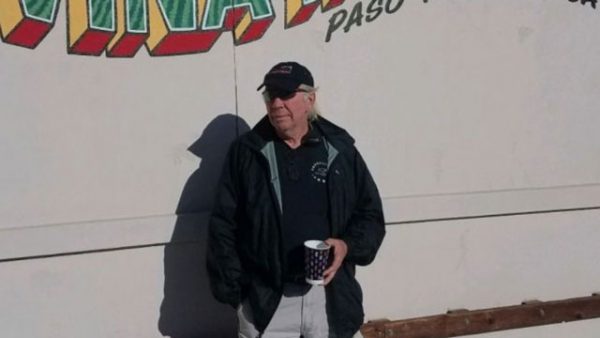 David Turner, a crew member of Josh Turner’s band, was killed in a bus accident on Highway 46. Image from GoFundMe.

“As I try to write this I don’t know what to say. It’s a struggle to put into words the devastation and grief that our road family is trying to process,” Turner wrote, of the Highway 46 bus accident Sept. 18 that injured crew members and killed David Turner, no relation to Josh Turner. 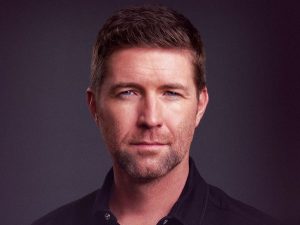 “We lost a beloved member of our team, David Turner. He was like a brother to so many in this industry and a devoted husband, father, and grandfather. Please continue to keep David’s family in your prayers.”

“All of our crew suffered significant injuries and many have long roads to recovery. I would ask that you give them privacy during this time.”

“Many of you have asked where you can support the guys and their families. My management company has created a GoFundMe page for our road family for anyone wishing to contribute.”  https://www.gofundme.com/f/JTcrewdonations.

“Your prayers have been felt. Please keep praying.”

The San Luis Obispo County Sheriff’s Office has released the identities of victims involved in the bus crash that happened late Wednesday night.

The victim who died was identified as David Turner, no relations to Josh Turner. 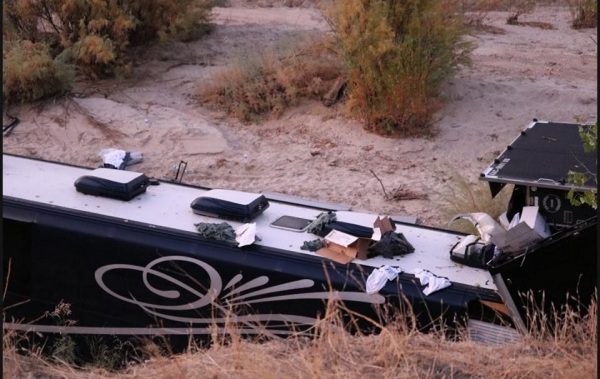 –One person is confirmed dead and seven people were injured after country singer Josh Turner’s road bus carrying his crew went off of a 50-foot embankment on Highway 46 East last night, according to California Highway Patrol.

Turner had performed at Vina Robles Amphitheatere earlier that evening. Turner was not injured, reports say.

At approximately 11:40 p.m., the bus was traveling eastbound on SR-46 just east of McMillan Canyon Road. The bus was traveling in the slow lane at approximately 55-60 miles per hour when for unknown reasons the driver allowed the bus to leave the roadway. The bus continued along the dirt shoulder through a barbed wire fence and dense vegetation for approximately 200 yards before driving off an approximate 50-foot cliff, subsequently, the front of the bus impacted the bottom of the dry river bed. Two parties were ejected during this collision with one of those parties sustaining fatal injuries. Seven other occupants on the bus sustained moderate to severe injuries and were transported to hospitals. Both lanes of eastbound State Route 46 were closed briefly while emergency crews established the scene.

This collision investigation is ongoing. Updates will be posted.

[FINAL] #CenterIC Confirmed Tour Bus of the Josh Turner Road Crew was involved in this accident. Mr. Josh Turner and band were in different buses and not injured. #CHP and #Firefighters will be at scene several hours for investigation and clean up. pic.twitter.com/zVnPEjy5BN