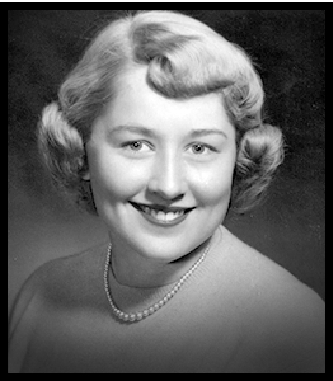 –Judith Ann O’Brien Judith Ann O’Brien (nee Jones) passed away peacefully at home on May 23, 2017. Judy was born in Winfield, Kansas in 1939 and moved with her parents, Carl and Maxine Ludeman to Paso Robles in 1949. She graduated from Paso Robles High School in 1957 and went to Mills College. She met the love of her life, Marine Lt. Richard O’Brien, on Waikiki Beach in the summer of 1958 when she was attending the University of Hawaii. They were married in Hawaii in December, 1958, and the first of their children was born in Hawaii in October, 1959. As a Marine family, they were transferred often and travelled widely. Judy was a homemaker and mother, raising six children, and was an active Marine Corps wife, especially when her husband was the National Commandant of the Marine Corps League in Washington, D.C. She thoroughly enjoyed her career working in retail through the years. The family moved to Northampton, Mass. in 1978, when Richard retired from the Marines after 26 years of service. In 1986, Richard and Judy moved to Paso Robles to be with Judy’s parents, Carl and Maxine Ludeman, and they remained on the Central Coast. Five of their six children and their families also live on the Central Coast; their eldest son lives in Richmond, Va. with his family. Judy was pre-deceased by her parents and two grand- children: Alexandra O’Brien and Nikolai Star. Judy is survived by her husband Richard O’Brien; and her children: Richard O’Brien II (Val), Daniel O’Brien (Bruce Loeffler), Debra Star (Pete), Maryann Stansfield (Bill), Sean O’Brien (Dana) and Amy O’Brien; and by eight grandchildren: Kevin, Michael and Eric O’Brien, Owen and Maxine Stanley (Salim Elmahmoud), Sean and Katie O’Brien, and Jesse Robinson. In lieu of flowers, donations can be made to the Friends of Morro Bay Library.