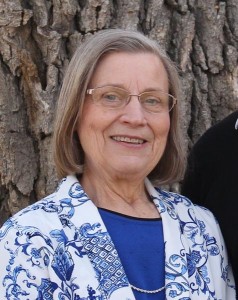 – Judith Ann Sorenson, “Judy”, was born in Kansas City on April 18, 1945. She had a brother, Dan, who preceded her in passing, and a sister, Carole, who still resides in Lee’s Summit, Missouri.

In her youth, she traveled all over Europe and the Middle East. She was attending Linwood College when she met Reverend Jim Sorenson. They married on August 27, 1965, and they were still married when Jim passed in January of 2014. She is survived by her three children, Anna, Andrew, and Michael, as well as nine grandchildren: Braven, Lucas, Georgiana, Samuel, Christian, Bennett, Connor, Taylor, and Adam.

Judy enjoyed a long career as a social worker, but what she most enjoyed was her role as homemaker and mother. She loved her children, and spent much of her time and energy taking care of them. Her love, her faith in Jesus, and her lifelong marriage leave a legacy that will touch her family forever.

A Funeral Service will be held Monday, June 22, 10  a.m., at the Trinity Lutheran Church, 940 Creston Rd., Paso Robles. A graveside service will follow at 1 p.m. at Paso Robles District Cemetery. Arrangements are under the direction of Kuehl-Nicolay Funeral Home.