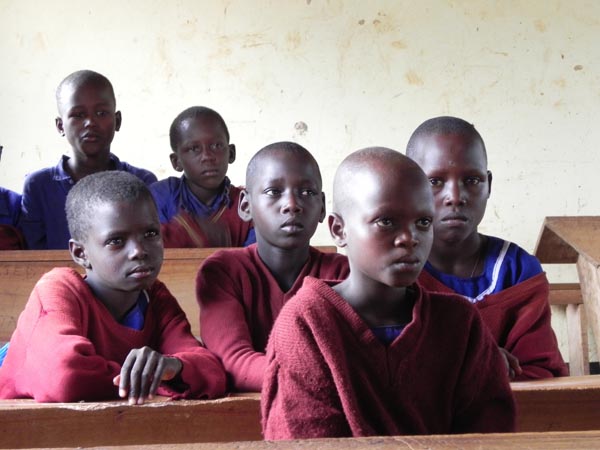 Students at the Maasai Children’s School in northern Tanzania.

– K-Jon’s Fine Jewelers of Atascadero has partnered with Roger Dery, a gemstone cutter and traveling gemstone dealer, to bring children’s books to the Kitarini Maasai Children’s School in the rural Longido region of Tanzania.  K-Jon’s Fine Jewelers said that it has received overwhelming response to a call for book donations from the community to begin a library at a Maasai Children’s School where 450 children attend, ages 5-14. K-Jon’s received approximately 400 books, which exceeded the goal by 300, including picture books, early reader chapter books, workbooks, and coloring books.

The students attend in two groups, one in the morning and one in the afternoon, to learn from four teachers and limited books. K-Jon’s says that it is “taking this step to invest in these children and encourage global education.”

“It was wonderful to see the community gather around a cause greater than ourselves the past few weeks,” said Owner of K-Jon’s Mary Sherwin. The books are currently en-route to the school.

The traveling library will arrive in Tanzania by January. Roger Dery, owner of Roger Dery Gem Design, is bringing the books to the Maasai Children’s school and will deliver them to the headmaster. Sherwin traveled with Dery to Tanzania and visited the school on her trip in June 2013.