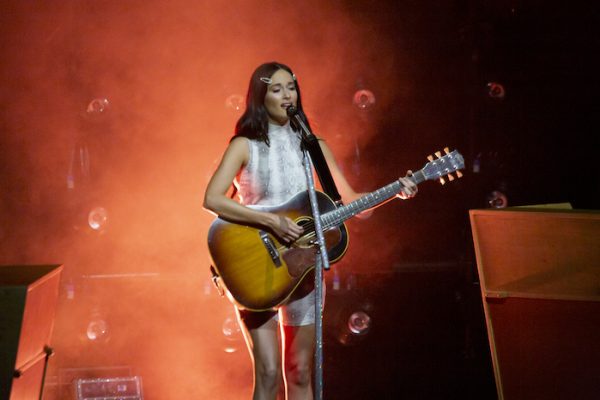 –Grammy award winning singer Kacey Musgraves delivered a sold-out psychedelic country concert at Vina Robles Amphitheatre on Aug. 21, with the audience packed with fans wearing her glow-in-the-dark cowboy hats and tour shirts. From her stunning vocals to the unparalleled skill of the band, the night was unforgettable.

Kicking off the night was the opening band Poolside who brought a chill Los Angeles vibe to the menu. With years of experience making summer hits, Poolside brought the crowd to their feet and even premiered a new song.

With a rainbow lit stage and floating lights, Kacey opened her set with the wildly popular “Slow Burn,” followed by hits such as “Golden Hour,” “Space Cowboy,” and “Follow Your Arrow.” Towards the middle of the show, she and the band gathered towards the front of the stage, where she introduced her band members and interacted with the crowd. Earlier songs such as “Merry Go ‘Round” and “Family is Family” showcased her country roots. She brought the tempo down when performing the tear-jerking ballads “Rainbow” and “Mother,” before bringing the crowd to their feet with the finale, “High Horse.” 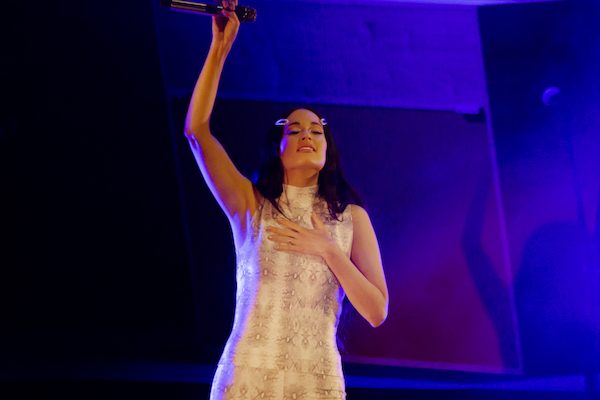 Kacey Musgraves is currently on her second tour, “Oh, What a World: Tour II”, promoting her 2019 Grammy winning album of the year “Golden Hour.” Hailing from Texas, her first two albums are pure country; she effortlessly blends country with 70’s disco with her third album. Venues around the world are selling out and her festival stints include Coachella and the upcoming Sing Out Loud Festival and Austin City Limits Music Festival.