This concert has been canceled due to safety precautions designed to reduce the rate of spread of the COVID-19 virus. For more information click here. 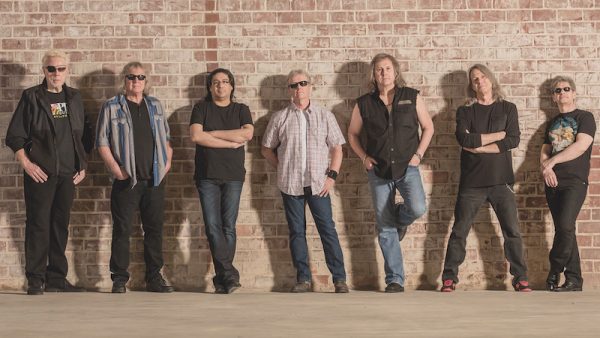 The popular band is set for Performing Arts Center in San Luis Obispo on March 18, 2020

–One of America’s preeminent progressive rock band, Kansas, will be embarking on the fourth and final leg of their popular Point of Know Return Anniversary Tour during the winter and spring of 2020. Launched as a celebration of the 40th Anniversary of the massive hit album Point of Know Return, the band will be performing the album in its entirety. The tour showcases classic Kansas music including hit songs, deep cuts, and fan favorites. Tickets for the San Luis Obispo show go on sale to the general public Friday, September 27, 2019. Ticket information can be found at www.kansasband.com.

Currently in the third leg of the tour, the Kansas: Point of Know Return Anniversary Tour premiered September 28, 2018 in Atlanta, GA. The tour has already performed to near capacity and enthusiastic audiences across the country and will make a stop at the Performing Arts Center in San Luis Obispo on March 18.

In 1977, Kansas followed up the success of Leftoverture by releasing the album Point of Know Return. Containing the smash hit and million-selling single “Dust in the Wind,” along with fan favorites such as “Portrait (He Knew),” “Closet Chronicles,” and “Paradox,” Point of Know Return became the band’s greatest selling studio album. The album peaked at #4 on Billboard’s Album charts, reached sextuple-platinum status with more than six million copies sold, and had three Billboard Hot 100 singles.

“It’s exciting how popular the Point of Know Return Anniversary shows have been,” comments Kansas lead vocalist Ronnie Platt. “When we wrap up this fourth and final leg, we will have played nearly 100 of these shows over nearly two years. We have worked hard to give audiences a memorable musical experience with this tour. We are excited to continue it with the final leg of the tour, then see what we come up with next!”

Throughout the tour, live shows not only culminate with the album Point of Know Return performed in its entirety, but KANSAS also performs classic hits, deep cuts, and fan favorites. In some cases the band even puts a new spin on a classic.

“The winter and spring of 2020 will wrap-up the Point of Know Return Anniversary Tour shows. That does not mean we have any plans to slow down, though,” reinforces their drummer and original member Phil Ehart. “We are in the middle of recording a new studio album we plan to release sometime in 2020 and definitely have more touring in the works. But for these specific Point of Know Return Anniversary shows, this will be your last chance to see them.”