–In his campaign to represent the residents of California’s 35th Assembly District, Jordan Cunningham has received the endorsement of Assemblyman Katcho Achadjian (R-Arroyo Grande). First elected to the seat in 2010, Achadjian will be termed out of office in 2016 and is running for congress. 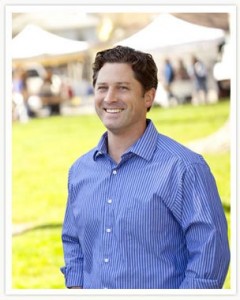 Born in Lebanon, Achadjian immigrated to the Central Coast over 40 years ago in search of an education and an opportunity to achieve “the American Dream.”

“I’ve been honored to serve the Central Coast during my years in the Assembly, and have been proud to provide a voice for this great region and its residents,” said Achadjian. “Jordan has the experience and character to make the right choices for our communities. I trust that he will focus on the issues that matter most to us, and help build on the success that we have been able to achieve during my time in office.”

Cunningham is founding partner of the Cunningham Law Group, where he represents the interests of individuals, families and local businesses. He previously served as a Deputy District Attorney for San Luis Obispo County, prosecuting a wide variety of crimes, including fraud, assault, domestic violence, and environmental crimes.

In addition to his professional pursuits, Cunningham is the acting President of the Central Coast Taxpayers Association, and an elected Trustee of the Templeton Unified School Board. He is also a husband and father of four.

Jordan Cunningham is running for California State Assembly District 35, a district that encompasses San Luis Obispo County and a portion of Santa Barbara County. He is currently the only candidate who has formally announced a campaign to replace Katcho Achadjian, who was re-elected in both 2012 and 2014 with over 60-percent of the vote.