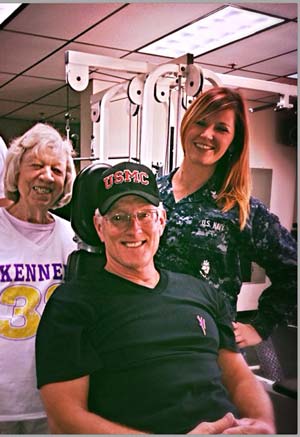 Kennedy Club Fitness is also providing free guest memberships to active and inactive military and their families now to Thanksgiving. “I was moved when I learned that up to 30-percent of the combat vets from the Iraqi and Afghanistan conflicts have Post-Traumatic-Stress-Disorder,” says Kevin Kennedy, CEO of Kennedy Club Fitness. “A consistent exercise program has shown to have dramatic effects on PTSD symptoms. We’re trying to help with that first step and hope many will take advantage.”

In addition to the free guest memberships, Kennedy is also offering to all who join in November, military or not, free dues for the rest of the year.

“Not that people need the enticement to be generous, but it can’t hurt,” Kennedy says. “In the end, it’s all about everyone working together to make SLO County the healthiest place in the world”.