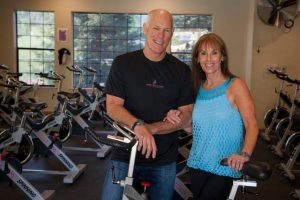 –Kennedy Club Fitness Paso Robles Adventure is celebrating their 10th Anniversary with a celebration for members, alumni members and their local guests, 21 and older on Wednesday, Dec 13  from 5:30–8 p.m. Ricky Montijo, a favorite local musician, will be providing live music. Local restaurants, wineries and breweries will be offering complimentary food and beverages during the party.

General Manager Matt McClish said, “Special recognition will be given to those who started with us in December 2007 and January 2008 and have been consistent members from then to now, and I’m happy to report, there are a lot of those folks to recognize.”

Co-owner Kevin Kennedy said, “I’d like to think that our Paso Robles Club embodies everything great from each of our locations. Before opening Paso, a huge number of members attending our Atascadero location were from north of Atascadero. We loved bringing that fitness experience to those members, closer to their home base, and it’s been very rewarding to have received such enthusiastic support from the Paso Robles/Templeton area.”