Monterey County District Attorney Dean D. Flippo announced recently that former King City Sgt. Bobby Carrillo, 46, of King City pled no contest to two counts of bribery and one count of perjury in connection with a towing kickback scheme perpetrated by abusing his authority as a police officer. His trial was scheduled to begin on March 21, 2016. 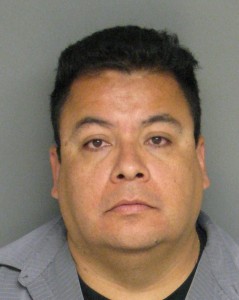 In 2013, members of the public complained that King City police were confiscating their cars by towing and selling them. The district attorney’s office investigated and discovered widespread corruption within the King City Police Department, including an illegal bribery scheme headed by then Sgt. Carrillo. Evidence of other criminal offenses was also uncovered.

Carrillo and Brian Miller, owner of Miller’s Towing, agreed that for every 10 cars ordered impounded by Carrillo that went to Miller’s Towing yard, Carrillo would in return receive a bribe of one car of his choosing free of charge.

Records showed that Miller’s Towing received over 87% of all cars towed, which violated the police department’s rotational towing policy requiring equal distribution among four towing companies. Many persons whose cars were towed and confiscated complained that Carrillo stopped them without probable cause. Virtually all persons whose cars Carrillo towed were low-income Hispanics unable to retrieve their cars from Miller’s Towing because the towing and daily storage fees became too high, Miller’s Towing sold the cars unlawfully before the deadline to remit fees, or their cars were transferred to Carrillo.

During the course of this scheme, Carrillo impounded over 200 motor vehicles. During the same time, the two other sergeants impounded less than a dozen. In return, Brian Miller conveyed vehicles to Carrillo. One officer who was scheduled to testify at trial said that Carrillo was so active in towing cars, that “on many nights Main Street was lit up like a Christmas tree.”

Carrillo committed perjury in completing DMV transfers of ownership by claiming he paid money for cars that in fact he received for free from Miller. He did this to cover up his bribery scheme with Miller.

District Attorney Dean Flippo stated “Bobby Carrillo abused his police powers for personal profit by targeting vulnerable members of the community who could not afford to regain their cars and who were unlikely to complain to authorities.”

Carrillo both bribed a tow operator by promising a bounty of cars he otherwise would never have towed, and received a bribe of free cars from the tow operator as payment.

Carrillo will be sentenced on April 29, 2016 by Judge Julie R. Culver, and faces a maximum sentence of up to two years in state prison.

In March, 2015, Brian Miller pled guilty to bribery and grand theft, both felonies, and is scheduled for setting of sentencing on April 4, 2016.

District Attorney Investigators John Ferreria and Roy Diaz led the investigation, with help from Kenneth Norton of the Department of Motor Vehicles. Carrillo and five other officers have pled to other charges, been sentenced, and were fired or resigned from the King City Police Department.