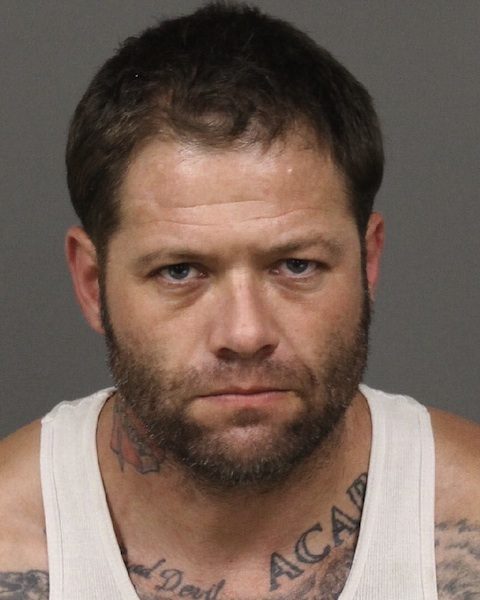 Tobin Dietz was arrested on Tuesday.

On Tuesday, deputies assigned to the San Luis Obispo County Sheriff’s Gang Task Force attempted to make a vehicle stop on a black Cadillac SRX SUV near the intersection of Highway 1 and S. Halcyon Road in rural Arroyo Grande.

The deputies were patrolling the area and recognized the two occupants of the vehicle as known gang members who had felony warrants for their arrest. When the vehicle failed to yield, a pursuit ensued on Halcyon and into the East Village of Arroyo Grande, over several surface streets to the James Way area of Pismo Beach. 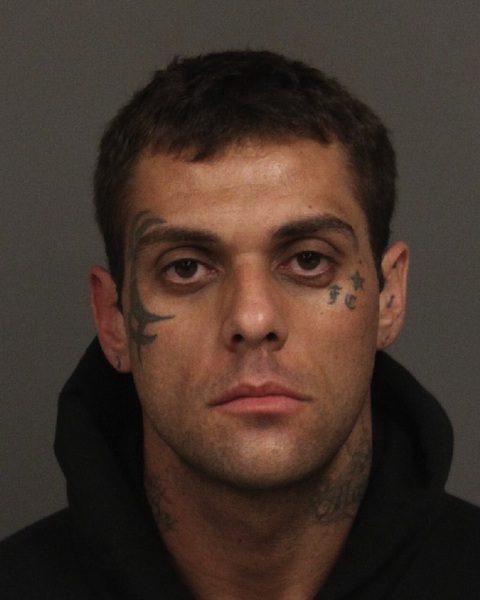 Derek Smith remains at large. Anyone with information on his whereabouts should contact the San Luis Obispo County Sheriff’s Department.

During the pursuit, the suspect vehicle was involved in a minor traffic collision with no injuries in the Arroyo Grande area. As the vehicle approached the Pismo Outlet Mall area at speeds in excess of 80 miles per hour and running several stop signs and red lights, the decision was made to terminate the pursuit.

A CHP helicopter was in the area and followed the vehicle from the air where it observed the Cadillac involved in a second traffic collision at Dolliver Street and Stimson Avenue in Pismo Beach. Minor injuries to the driver of the other vehicle were reported. At that point, both occupants of the Cadillac got out of the vehicle and began to run away from the scene.

Members of the Sheriff’s Gang Task Force, Sheriffs Patrol Deputies, CHP, Probation Department, State Parks and Pismo Beach Police converged on the area to begin a search. A short time later, 41-year-old Tobin Dietze of Santa Margarita was located in the area and taken into custody. 31-year-old Derek Smith of San Luis Obispo has not been located at this time.

The investigation continues. No further information is available at this time.