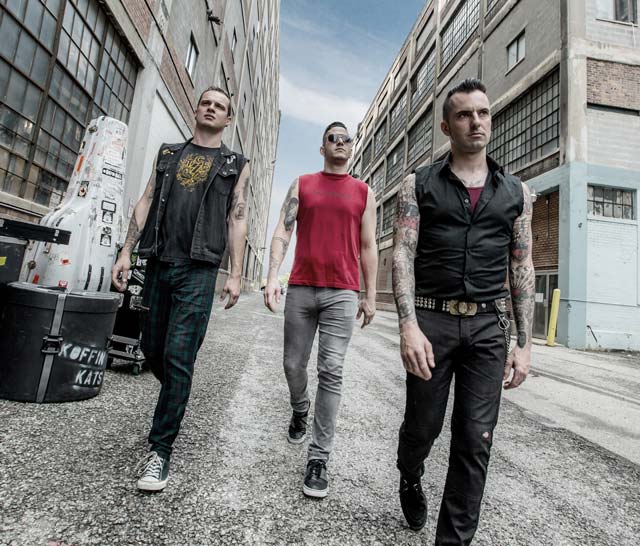 The relentlessly-touring Detroit rock and roll trio Koffin Kats is bringing their engaging and high-energy live show to Paso Robles. The show will be held at Manny’s, 2748 Spring St., Paso Robles on Monday, Oct. 20. Doors 8 p.m. Entry is $12. The show is for adults 18 and up.

Fresh off a two month European summer tour — including 42 shows across 16 countries — Koffin Kats are on another ambitious three month tour of the United States in support of their seventh and most recent album, Born Of The Motor (Sailor’s Grave Records).

With 11 years of nearly non-stop traveling and performing, the band’s members — bassist and lead vocalist Zac “Vic” Victor, guitarist John Kay, and drummer Eric Walls — have truly found a home being on the road. “It’s a really strange and amazing feeling,” says Victor, “to be hundreds or even thousands of miles away from where we live and feel like we’re still home. We’ve been through cities so many times and connected with so many people, it’s as though we have family all over the world; they keep us coming back.”

Koffin Kats will tour until mid-December, and are currently writing material for their eighth studio release. The band also plans to record a live album over the course of several shows in February of next year. All tour dates and merchandise can be found on their official website at http://koffinkatsrock.com.