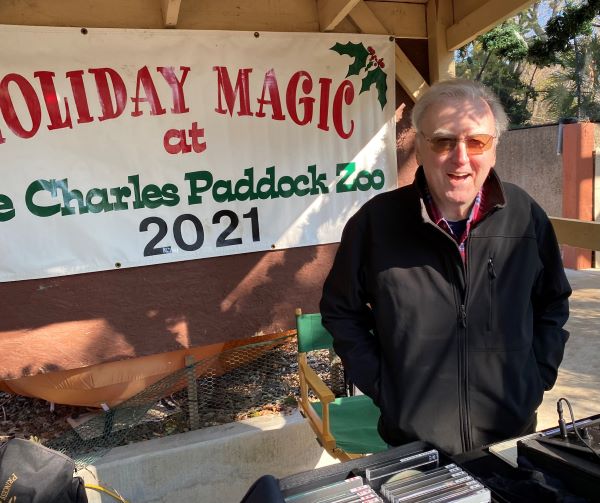 – Atascadero’s Garry Brill served in the US Army as a Radio Specialist, doing what he did in civilian life. He was a morning DJ on an FM station in Saigon, Viet Nam. 52 years ago, Brill and Pat Sajak of Wheel of Fortune would ride in a jeep or van together to the Armed Services Radio Station in Saigon early each morning to do a morning show on their respective radio stations. Pat was on the AM station. Garry hosted “Sunrise in Saigon” on FM radio.

Each played music and talked to American soldiers and civilians serving in Viet Nam. They tried to give them a slice of life from the traditional American cultural experience, including popular music of that era. They also produced Public Service Announcements offering advice on typical military issues like foot care, regulations and snakes, which were deadly in Viet Nam.

Brill produced a “Hometown Salute” to soldiers requests. The soldiers would mail in the name of their home town and describe it. Then Brill would do additional research. He would write and present an informative salute to the GI’s home. In the 1990s, a veteran approached him at a live remote he was doing at a furniture store in Nipomo, and reminded him that he did a Hometown Salute for Santa Maria as he’d requested back in the late 60s. He thanked Brill for making him feel more at home in Viet Nam.

About 15 years ago, Brill and his wife attended a Wheel of Fortune live show in Los Angeles. Brill gave his business card to a woman working for the TV network, and she took it in to Pat Sajak. A short time later, Sajak appeared in the studio yelling, “Where the hell is Brill?” They sat together and talked about their experiences in Viet Nam, and Sajak met Garry’s wife, Virgie.

Brill says, “Merry Christmas to all veterans, and thank you for your service.”