Richard Gearhart and Scott Daniels to Co-Anchor with Carina Corral 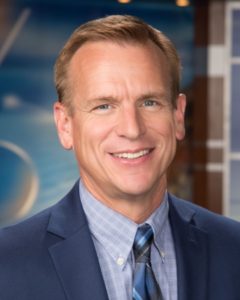 “I’ve spent the majority of my life keeping Central Coast viewers informed and I am looking forward to this new chapter and many more years to come working side-by-side with Carina and the rest of the news team at KSBY-TV,” said Richard Gearhart.

“I’m excited for this opportunity to work around the clock providing breaking news coverage to our Central Coast viewers,” said Scott Daniels. “I look forward to meeting more local viewers and telling their stories.”

“Richard is a fixture on the Central Coast, having helped local residents start their day every morning for nearly 28 years,” said news director, Kendra Martinez. “We are fortunate to have both of these fine journalists bring their experience and knowledge of the area to our evening newscasts.” 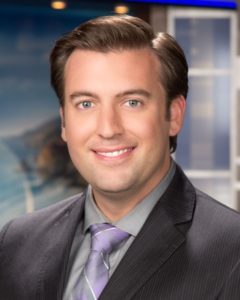 Gearhart joined KSBY News in 1990 as a reporter and weather anchor. He has been co-anchoring Daybreak since 1991. He is a Central Coast native, born and raised in San Luis Obispo County. Gearhart graduated from Cal Poly San Luis Obispo with a bachelor’s degree in broadcast journalism. He also holds a master’s degree in agriculture from Cal Poly and attended the Gevirtz Graduate School of Education at U.C. Santa Barbara. In 2006, he returned to Cal Poly where he is currently an Associate Professor helping to shape the journalists of tomorrow.

Daniels joined the KSBY News in November 2015 as morning co-anchor and multimedia journalist. Prior to joining KSBY, he was an investigative reporter in Las Vegas, Albuquerque and Alexandria, Louisiana. Daniels is a graduate of the Walter Cronkite School of Journalism at Arizona State University. He was born and raised in Northern California.