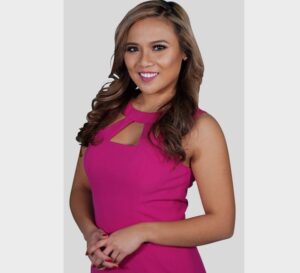 –KSBY-TV has announced Nina Lozano as a new co-anchor of its #1 rated evening newscasts. She will co-anchor the 5, 6, 10, and 11 o’clock newscasts with Richard Gearhart beginning Monday, Oct. 12.

For the past three years, Lozano has held the position of weekend morning news anchor and multimedia journalist at KTNV-TV, the Scripps-owned ABC affiliate in Las Vegas, Nevada. Prior to that, she worked as a reporter in Rochester, New York.

“I’m thrilled to be making this move to KSBY and becoming a member of the community on California’s beautiful Central Coast,” said Lozano. “I appreciate being promoted within Scripps and the company seeing potential in me to grow.”

“It’s great to have Nina come aboard here at KSBY,” said Ed Chapuis, vice-president, and general manager of KSBY. “She’ll be a true asset to us as we push forward in producing impactful enterprise journalism for our community.”