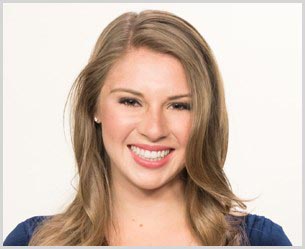 – KSBY-TV has announced Christina Favuzzi as the new co-anchor of its morning show Daybreak. Favuzzi will co-anchor the two-hour newscast alongside Richard Gearhart and Scott Daniels.

“To grow up here on the Central Coast watching Daybreak, and now be co-anchoring the show – it’s difficult to wrap my head around,” said Favuzzi. “I am tremendously grateful for this opportunity and look forward to continuing KSBY’s long history of helping Central Coast residents start their day with Scott and Richard.”

“Christina’s infectious energy and personality, mixed with those of Scott and Richard, is just the right chemistry to complete our morning news team,” said news director, Kendra Martinez. “There’s no better way to start the day on the Central Coast than with this team.”