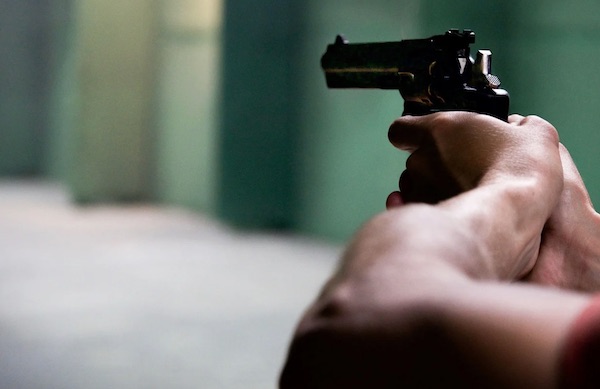 “It’s a reckless law, but yesterday, George Gascón defended it,” said Vern Pierson, President of the California District Attorneys Association (CDAA), an organization that represents almost all of the elected district attorneys in California and is committed to reforms, but not to the decriminalization of dangerous crimes.

AB 3234, which was passed last year by the California Legislature, created a diversion program allowing criminals—including those who bring guns to schools or to the Capitol—to continue to own or possess guns, they say.

Meanwhile, gun violence in Los Angeles is increasing. Murders in Los Angeles County are up 136.4-percent and shootings are up 261.5-percent. Attacks on police officers are up 300-percent from Jan. 1 through Jan. 18, 2021 when compared to the same time period in 2020. The chance of becoming a victim of any firearm crime (violent or property) in Los Angeles is now 1 in 33.

On this past Wednesday, Feb. 24, 2021, pop icon Lady Gaga’s dog walker was brutally shot in Hollywood while walking Lady Gaga’s two dogs. She is now offering a $500,000, “no questions asked” reward for their safe return. But Gascón has implemented new policies that remove long-standing deterrents to criminals for using guns during the commission of crimes. “Under Gascón’s policies, even if the assailants in this case are captured, they will face up to 20 years less time in prison for the crime than they otherwise would have,” said Pierson.

With the reckless removal of gun crime deterrents, it is no surprise that gun crimes under Gascón are soaring. Today, CDAA calls on Gascón to abandon his reckless, soft-on-gun-crime policies. “The results of the Gascón experiment are in,” said Greg Totten, CDAA’s Chief Executive Officer, “and it’s no surprise that when you remove consequences for committing crimes with guns—gun crimes soar, and that’s exactly what’s happening Los Angeles.”