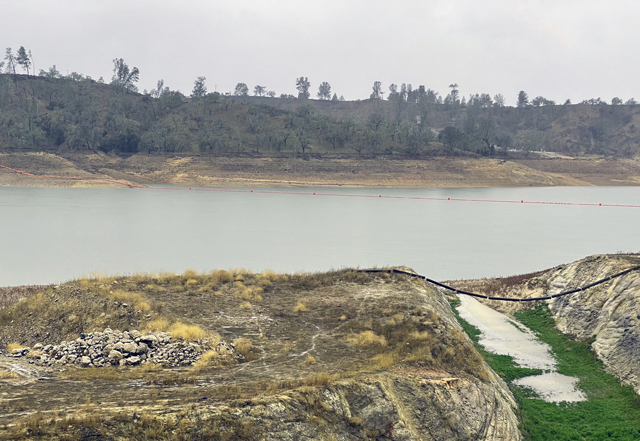 Lake Nacimiento water level on Jan. 28, just as last week’s storm was beginning, as seen from the dam. Photo by Ryan Paine. 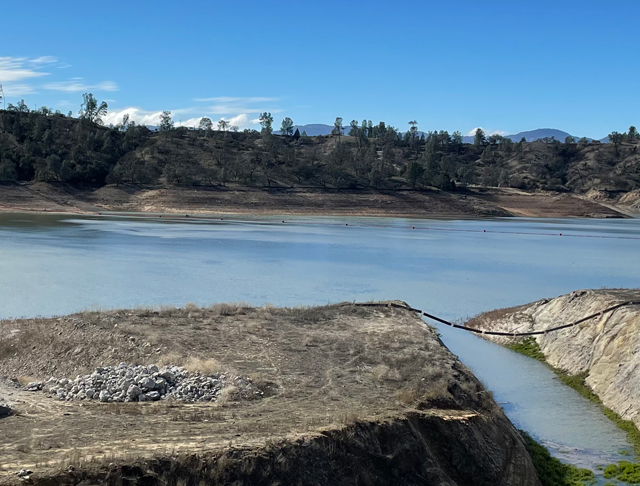 Lake Nacimiento water level on Tuesday, after recent storms raised the level of the lake, as seen from the dam. Photo by Ron Scott. 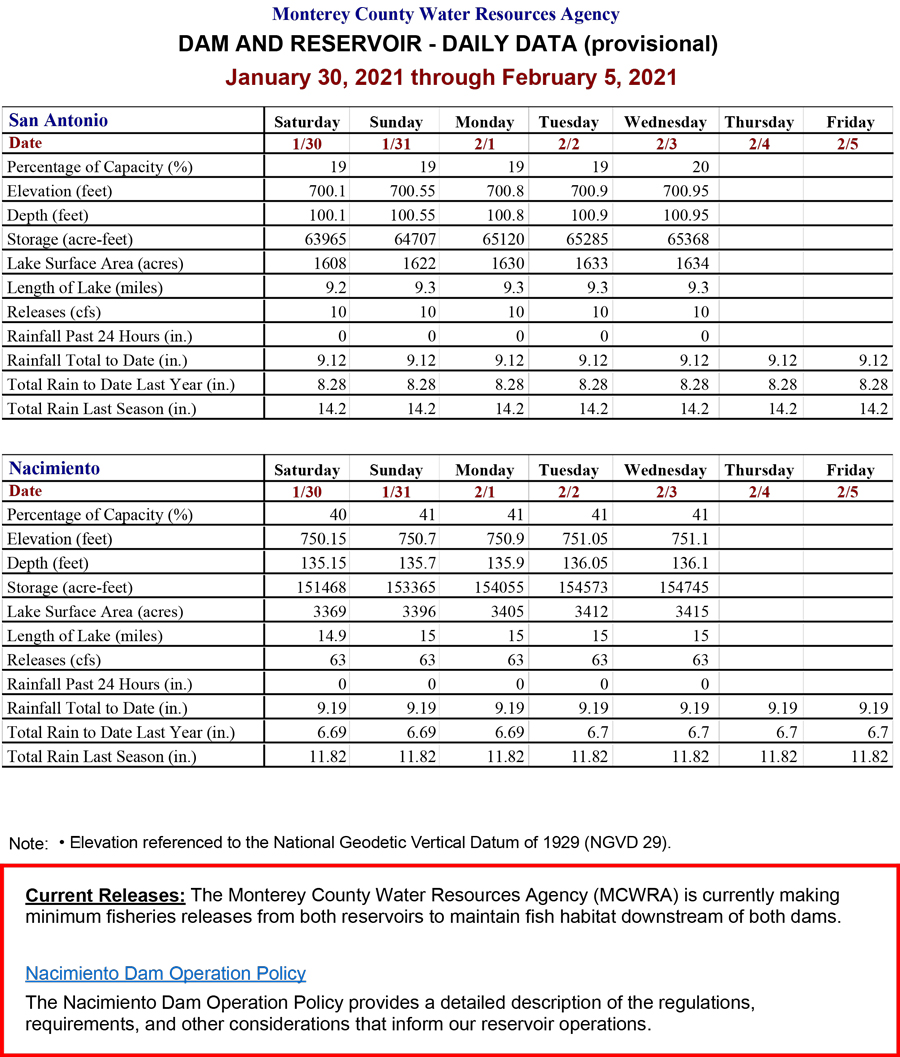