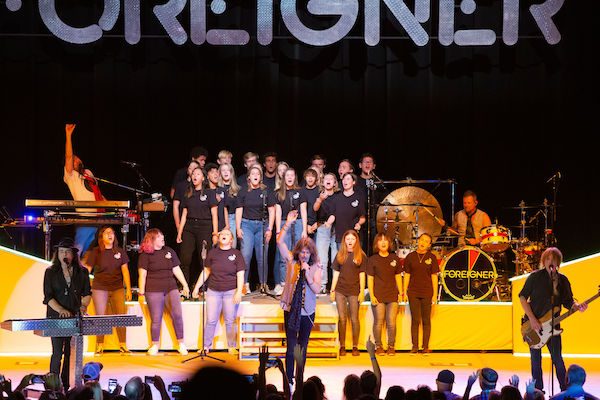 –Paso Robles High School Advanced Choir took to the stage on Sunday night with legendary rock band Foreigner at Vina Robles Amphitheater. The sold out show was a “double vision treat” for several local parents who enjoyed the sounds of their past and seeing their own children perform the 1984 hit, “I Want to Know What Love Is” alongside the iconic 70s and 80s band.

Guitarist Tommy Odetto was the opening artist of the evening as the crowd took to their seats. The choir students stood up in the bleachers as Foreigner took the stage with “Double Vision.” The classic rockers acknowledged that most of the crowd was “over 40,” asking the audience to feel those memories and find their 20-year-old rocker inside. In addition to this nostalgic moment, parents of PRHS Choir students got to relive the songs of their youth, while seeing their sons and daughters perform on stage with the same band they rocked out to decades ago. Showcasing favorite hits like “Urgent,” “Cold As Ice,” and “Juke Box Hero,” the band delivered a perfect evening. 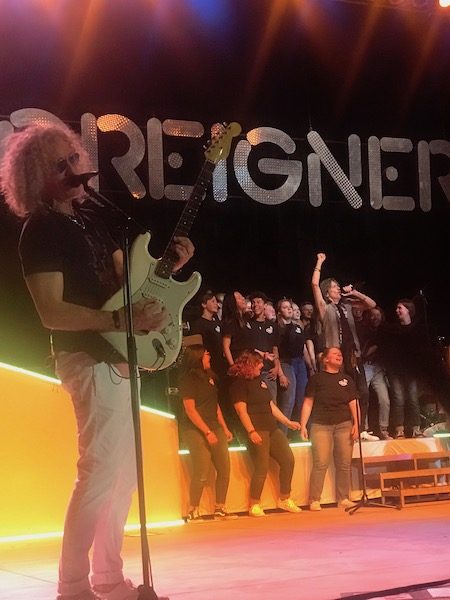 The high school students were awestruck both before and after being onstage. Each was incredibly grateful for the opportunity and support given by such a large presence. “For me as a director, to see a group with longevity in the music industry as Foreigner take steps to continue to promote music education at every one of their concerts and choose to use local music students is just so incredible.” said Aimee Ware, Choir Director at Paso High.

The 1984 “I Want to Know What Love Is” originally featured the New Jersey Mass Choir and was the band’s first number one single. After thanking the teens for singing with them, Foreigner Lead Vocalist, Kelly Hansen, addressed the audience with “…and by the way, much of the reason that we have these young choirs on stage with us is to remind everybody about the lack of funding for school music programs – so it’s up to you to contact your school board get on social media and keep these creative dreams alive”.