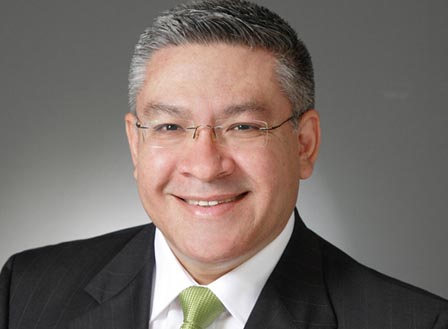 The Extreme Risk Protection Order Act establishes a new grant program to encourage states to adopt “red flag” laws, which allow family members or law enforcement officials to petition a judge to temporarily disarm an individual in crisis if they pose a threat to themselves or others. If enacted, states who adopt these preventative measures would be eligible for federal funding to help pay for implementation and processing.

“I lost my older sister to suicide with a firearm at a young age and then, in 2014, our community experienced horrible tragedy when a gunman killed six students in Isla Vista,” said Rep. Salud Carbajal. “What I’ve learned since is that temporarily preventing people from having a gun while in a state of crisis, and giving our law enforcement the right tools to address dangerous behaviors, saves lives. As lawmakers, we have a responsibility to honor the victims and survivors of gun violence with action. Extreme risk protection orders have saved lives in California and this legislation will help other states implement this lifesaving policy.”

“Extreme risk protection orders save lives by keeping guns out of the hands of people who are a threat to themselves or others,” said Senator Feinstein. “California has shown that these laws work. Our commonsense bill would help more states enact similar laws that respect due process rights while giving families and law enforcement a way to remove guns from dangerous individuals.”

In 2014, a gunman in Isla Vista exhibited warning signs on social media before embarking on a deadly massacre that took the lives of six students. The gunman’s mother warned local law about the gunman’s behavior, but they were powerless to keep firearms out of his hands. Following the shooting, California passed a red flag law allowing family and law enforcement to petition a judge for an extreme risk protection order in order to prevent similar tragedies.

“My son Chris is dead – shot and killed in Isla Vista, California May 23, 2014 – a college student twenty years old,” said Richard Martinez, gun violence survivor and outreach associate with Everytown for Gun Safety. “His killer had a long history of serious mental health issues, three handguns, and more than 500 rounds of ammunition. Motivated by misogyny he intended to kill as many people as he could. There were warning signs… I applaud Rep. Carbajal for introducing the Extreme Risk Protection Order Act. We know ERPO laws save lives. Congress must act to prevent more senseless tragedy. Not one more.”

“This important public safety legislation would provide an incentive for the states to adopt Gun Violence Restraining Orders or similar legislation through grant funding,” said Joyce Dudley, District Attorney for Santa Barbara County. “I firmly believe if California had this law, years ago hundreds of lives would not have been destroyed and with the passage of this law thousands of lives can be saved.”

“Extreme risk protection orders are one of the most important tools to help prevent tragedies involving firearms,” said Adzi Vokhiwa, Giffords Federal Affairs Director. “In 19 states and the District of Columbia, extreme risk laws are working and allowing family members and law enforcement to temporarily disarm someone at risk of harming themselves or others while protecting due process rights. This procedure should be available in every state across the country. We applaud Senator Feinstein and Congressman Carbajal for introducing this legislation to help more states enact and implement extreme risk laws and save lives from gun suicides and homicides.”

“After the horrific 2013 Sandy Hook Elementary School shooting, we knew that we had to act so this tragedy would never happen again,” said Josh Horwitz, executive director of the Coalition to Stop Gun Violence. “That’s why the Coalition to Stop Gun Violence convened a working group that issued models for the first modern Extreme Risk Protection Order. ERPO laws are already saving lives in 19 states and the District of Columbia, and I am grateful that gun violence prevention champions like Senator Feinstein and Representative Carbajal are working hard to protect our communities and address this public health crisis. ERPO laws work to prevent gun violence in its many tragic forms—from death by gun suicide, domestic violence, violence on a community level, to mass shootings. The Extreme Risk Protection Order Act will save lives on a national scale, and CSGV is proud to endorse this legislation.”

Red flag laws are an evidence-backed policy and have garnered bipartisan support, including from former President Donald Trump. The bill also preserves due process rights by requiring family members or law enforcement to petition a judge in order to temporarily disarm an individual in crisis.

Representative Carbajal and Senator Feinstein first introduced the Extreme Risk Protection Order Act in the 115th Congress and have reintroduced it every congress since. Additional information can be found here. Full bill text is available here.