Vote for McCoy, Triggs, and Byrnes for Paso Robles School Board

I write today as a private citizen. In response to those of you who are asking me about the candidates for the Paso Robles School Board, the conflicting endorsements, and the money being spent on this race, I offer the following. Most of us will be heading to the polls on Tuesday. It is hoped that this letter may be read in time to be of some service.

The district has been broke and, under strong leadership, still managed to provide an exemplary traditional K-12 education free of indoctrination, gender orientation grooming, and pronoun distraction, and did so with full transparency and cooperation between parents, teachers, and the district office.

After recovering from near insolvency to building a modest budget reserve, a new superintendent and his board of sycophants overpromised, underdelivered, and created a reign of terror resulting in near insolvency and many excellent employees being forced out of the district. 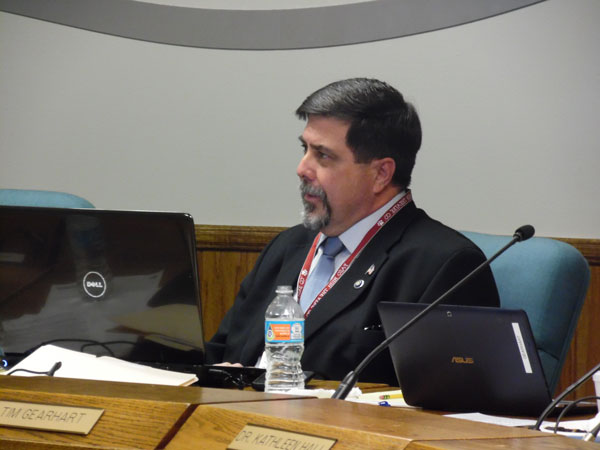 The previous hallmarks of transparency and cooperation began unraveling in 2016 and continue to be eroded even now. In recent years, there have been too many incidents of allegedly accidental acts of indoctrination including transgender ideology training for teachers, boys in the girls’ locker rooms, links to pornography on the district website, grooming, and denial of parental rights that are not in sync with the values of nearly every Roblan that I have discussed these issues with.

Ask yourself and, if you have any, your students, are your traditional family values being eroded by what is happening at school? Is sweeping learning loss under the rug acceptable? Is dismissing the growing list of once hidden, now exposed bad behavior with “We’ll investigate and get back to you” the best we can do?

Your vote on Tuesday will make the difference in reclaiming the discipline, climate, and culture of our schools and ultimately how our students, especially our high school students, are prepared to go forth into the world. With the now glaringly apparent COVID-19 learning loss, the school board must impress upon their one employee, the superintendent, that back-to-basics education, reading, writing, math, and science, must take precedence over the agenda of the woke progressives who are working hard to destroy our schools and ultimately, our country, from within.

We have just learned that a California teacher’s union is allegedly spending thousands of dollars to get their woke candidates elected right here in Paso Robles, $8,815, per candidate.

If a school board trustee has received thousands of dollars from a teacher’s union, how can they possibly remain objective when it comes to bargaining or approving textbooks and curriculum? I don’t think they can remain objective. Do you? No, they have already been bought and paid for.

If the community of Paso Robles wants to see its once praiseworthy schools return to excellence, voters will need to elect a majority to the board of candidates who are willing to work together to hold the superintendent responsible for restoring our schools.

Current school board trustees Dorian Baker, Kenney Enney, and Frank Triggs urgently need your help to firmly establish the majority needed to bring basic education and parental rights back to our schools.

In my opinion, the only candidates who are willing to work collaboratively with trustees Baker and Enney are incumbent Frank Triggs, and first-time candidates Peter Byrne and Lauren D. McCoy.

McCoy is the at-large candidate and should be on every Paso Robles ballot. Please vote for her commonsense approach to board governance.

Peter Byrne is from Trustee Area 1 by the lake. He has been a long-time observer/critic of the district and knows the issues that need to be addressed. All three have self-funded their campaigns and will not be influenced by outside donations.

Unless a majority of school board trustees fight against it, the woke agenda will continue to prevail and destroy our Paso Robles schools.

Please, vote for McCoy, Triggs, and Byrne for Paso Robles School Board. Future citizens will be glad you did.
Respectfully,