Paso Robles News|Wednesday, October 21, 2020
You are here: Home » Opinion » Letter: Let’s engage in a discussion about an appropriate immigration policy

Letter: Let’s engage in a discussion about an appropriate immigration policy 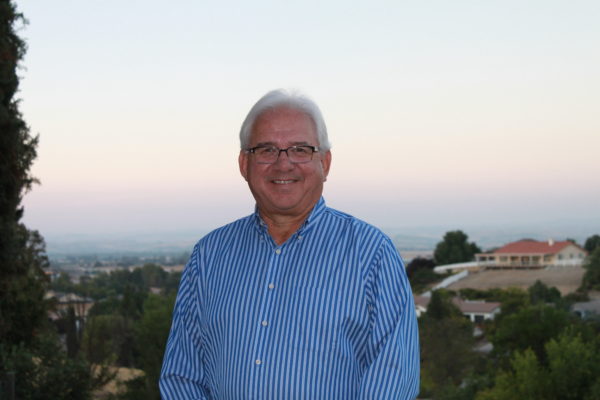 –I’m Michael Rivera. I’m an American citizen. When it comes to how much to value my political opinion, that’s all you need to know about me. If you want to call me Latino or Hispanic, go ahead, I’m ok with that. I call myself American. I suppose I’m a minority, but everyone is a minority of some sort. I am not a Person of Color. I don’t know what that means, and I think it’s a term that divides us instead of bringing us together. There is way too much “Us vs. Them,” too much identity apartheid, in today’s political rhetoric.

I did one of those DNA tests, and my ethnicity estimate is 37% from Spain and 23% from Indigenous Americas for starters. Then there’s the 17% from Ireland and Scotland, 6% Basque, 5% from France, and 3% European Jewish. Finish (no, not Finnish) it off with a smattering of 1% traces, including Northern Africa, Mali, Andes, and Middle East.

Now I know that these tests are not definitive. They measure the appearance of genetic markers in current populations in various places and make assumptions that those markers have been there for a few centuries. My Native American ancestors were here for thousands of years, but before that their ancestors were living in Asia, so it’s interesting, but maybe it doesn’t matter.

And that’s my point—it doesn’t matter. I don’t want any additional rights because my formerly European family has been here since the 1600s or because my Native American family has been here long before that. I don’t expect more privileges or fewer privileges because of my ethnic pedigree or melanin content. As an American citizen, I’m entitled to one vote, just as is the American citizen who was naturalized yesterday. I want my one vote, and I don’t want anyone else to have more than one vote.

America is always a work in progress, but it’s a wonderful country, and that’s why so many people want to come here. I don’t blame people for wanting to come here, but the rule of law is one of the reasons this is a great nation, and if we don’t control our borders, we have no rule of law and, eventually, will have no country. I think my Mexican cousins and my Irish cousins both have to play by the rules. Since many immigrants come from Latin America and Asia, and since most illegal immigrants come from south of the border, anyone who thinks we should enforce our laws against illegal immigration or reduce legal immigration is called a racist. Why? Because it’s easier to dismiss someone with an epithet than it is to engage in a discussion about an appropriate immigration policy.

We should be proud that we have built a country so attractive to others across the world. But there are almost 8 billion people on the planet, and they can’t all live in the U.S. We have an obligation to look after our neighbors and fellow citizens first.

I think we can do a better job of that, and protecting our environment, and rebuilding our infrastructure, if we reduce immigration. So you can call me a racist for that, too, although it turns out that a couple of national commissions have studied the issue and agreed with me.

E pluribus unum—“Out of many, one.” It’s a motto that has built this nation. You can agree or disagree with me on a proper immigration policy, but we can discuss our differences without the ugly name-calling that is so common to these debates. Call me politically incorrect for supporting immigration cuts. I’m ok with that. Look at my DNA results again. I’m the United Nations of political incorrectness, and proud to be an American.

Michael Rivera is on the Board of Directors of Californians for Population Stabilization, a nonpartisan, nonprofit organization. The comments are his own. He lives in Paso Robles.