I’m aware of the current mayor‘s effort for the spaceport as he has made it the centerpiece of his campaign. Several questions have not been thoroughly answered. This is a very important endeavor for our city and the citizens have a right to the answers mentioned below by Mr. Craig Miller through his communication with Mayor Martin and our city council.

Cost – No outline of the actual cost for the project has been provided. LLCs referenced in presentations signed letters of intent to use while not providing capital investment. 95% of LLC’s never materialize into companies, they
generally sell their portfolios to existing corporations.

Safety – Risk Impact Zones. Many neighbors in the area. Did you know that no one is allowed to be in the takeoff zone during liftoff? That is exactly why most spaceports are located in unincorporated areas, to include fire impact zones, public impact zones, flight termination, and hazardous safety zones.

Airport Expansion – The FAA recommends 10,000 feet of runway. Will the runway be extended? If so, who will pay for it? The current runway is 6,000 feet. Of the 14 active spaceports, Colorado is the only one with a length below the minimum of 8,000 feet.

The current approach mentions jobs while expansion of a warehouse district is more likely a possibility. There are no guarantees. What is the ‘character’ of Paso? We are a small town that is agricultural in nature and are proud of it.

Do we need some high technology industry here? Sure, but a spaceport? Paul Sloan from the city made an attempt to answer Mr. Miller’s questions but did not answer directly. He instead alluded to the wine industry. Not a good re-direct, so I will try again in this written communication.

I as a candidate to be your mayor have solid experience with spaceports. In 1997 and 1998, I was very involved with the commercial spaceport project at Vandenberg Air Force Base. I secured four of the original grants that allowed the effort to continue when they had run out of money. From this knowledge arise many serious questions for the current mayor.

The project will take enormous staff time, focus and funds while the city has many more critical issues to deal with. This appears to be an attempt by Mr. Martin to proclaim it as a campaign promise that will take a long time if ever to complete. It’s the shiny thing he’s using to distract from other pressing issues in our city. 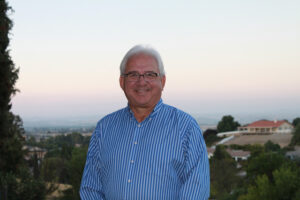 It took a long time for the California Space Alliance at Vandenberg, led by Andrea Seastrand to work through issues at an existing federal air force base that had incredible infrastructure and investment worth billions of dollars. There is very little of that at the Paso Robles Airport. Just one example of needed Infrastructure is a bridge across Highway 46 at a cost of 60 million dollars. Additionally, improvements will be needed to Airport Road and a bridge at Huer Huero Creek.

This spaceport is going to be a distraction and will impede our focus to begin and complete other road improvement projects such as Creston Road, Commerce Road other high-traffic roads along with neighborhood roads. The other important issue is improving the East-West corridor to Highway 101, along with additional access to the 101 North and South.

The development on Linne Road will have over 2,000 more housing units with the traffic that comes with it. Looking for solutions now and quickly is vital to avoiding gridlock that we are currently seeing signs of. Along with the homeless and other issues there is a lot on our plate and the mayor wants to distract you with this spaceport.

Serving as your mayor, I assure Roblans that your needs will always be first in my mind and actions. Mayor Martin wants to play politics with very serious subjects. In reality, there are huge barriers and many traps. The public should know much more, however this city has not been transparent with Roblans.

Vote for a Mayor who will not leave Paso to deal with the financial impact and consequences of this spaceport and a potential boondoggle. I respectfully ask for your vote.