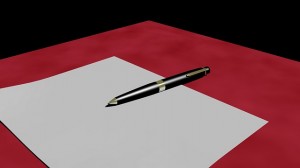 –On February 18, Fred Strong, a Paso Robles City Councilman, wrote a letter to the editor criticizing the opposition to the Mesa rail spur. We disagree with Fred Strong’s opinion letter that lacked valid rationale.

First he writes, “Bullying is not a good way to run a government. Unemotional fact-finding and determination of cause and effect is the road to solutions.” Yes, but he implies that those who oppose the Phillips 66 tar-sand oil trains passing through our communities are the bullies. It seems to us that Phillips lawyers are the “bullies,” putting company profits above public health and safety.

Strong suggests “lowering volatility, improving containers, greater safety precautions, education and training,” to reduce the risks. These unimplemented suggestions might eventually reduce the probability and impact of catastrophic oil-spills and explosions, but, will tar-sands oil trains ever be made sufficiently safe to justify the benefit? Our San Luis Obispo County Planning Commission staff report found 11 “significant and unavoidable” Class One impacts.

Further, the evidence presented to the Planning Commission by Strong’s “bullies” (aka over 300 concerned California citizens participating in our democracy) was mostly fact-based and well supported by science. One of us presented documented quotes from five first responders saying that they are not trained or equipped to deal with an oil spill or explosion. The other of us presented documented evidence of the environmental harm caused by oil refined from tar sands. As for “oil containers,” the current tanker cars (DOT 111) have exploded many times in the last few years, and will not be retired for years. As for the new tank cars (CPC-1232), “four recent accidents are a sign that the new tanker cars are still prone to rupture in a derailment.” [Wall Street Journal, March 9, 2015]

Strong says, “Stopping a few local rail spurs does not solve the problems.” Perhaps. But, stopping this spur will stop 150 or more, mile-long oil trains making round trips through San Luis Obispo County. The will pass close to many schools, homes, businesses, and our precious Salinas River! It may not solve all the problems, but it avoids significant risks to public health and water sources. It also avoids these risks for communities along the entire route from Canada to Santa Maria.

Next, Strong wrote, “Paso Robles responded properly by sending a letter to the (Federal) Office of Information and Regulatory Affairs.” Sadly, our federal government has not yet made oil trains safe anywhere. Although well intended, these agencies can be ineffective in regulating powerful industries like oil and rail.

Strong tells us, “I’ve been participating to the extent possible to constructively deal with this.” Great! But until this is “constructively dealt with,” we should not support the unnecessary risk. When it is proven that the public is safe from oil train derailments, spills and explosions, we can consider supporting them, but not now!

Strong ends his letter saying, “Headlines don’t produce solutions. Solutions produce headlines.” It’s temping to point out that volatile tar-sands solutions will make headlines if they explode in SLO county. More to his point, the presenters at the planning commission offered at least two solutions if the Mesa refinery really needs more oil to refine: use the less dangerous California oil, or build a pipeline.

The Paso Robles Daily News welcomes letters to the editor from local people on local news topics. For more information, click here >> Write a letter to the editor.