Letter: Remembering the fallen B-17 Bomber 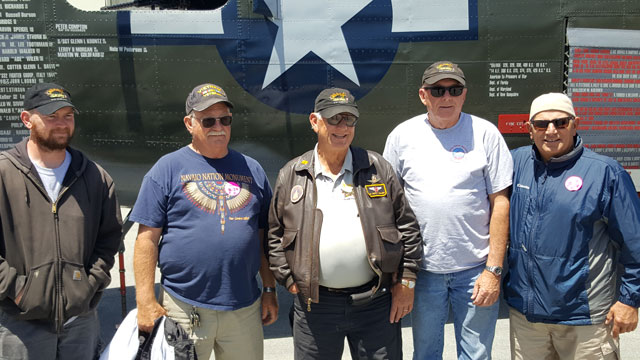 In the crew picture, Joe Clark is second from left and I am on the far right with my hat turned backward.

My wife sent me an email that contained the story about the crash of the B-17 Bomber that took place in Connecticut this year. I have been following the “Wings of Freedom Tour” as they traveled around the country. I was present the day the planes visited the Paso Robles Airport.

I came that day with my friend Joe Clark who was a veteran helicopter gunner during the Vietnam War. I was also in the Air Force (B-52 Bomber & C141 Starlifter) during Vietnam. My Uncle Dan was a pilot during WWII and flew 35 missions over Germany in a B-17. Yes, 35. After he finished his 30 missions, they assigned him five more.

The reason I am telling you this story is that Joe and I (because of our military backgrounds) were asked to fly in the B-17 Bomber (the one that crashed) after the visit was over to the next destination in Monterrey.

I just wanted to share this story with you and attach some pictures that I took of the planes that day, as well as some moving images from that plane. I have also included a picture of the pilots and hope they were not the ones involved in the crash (still awful for the ones that were), but I got to know them. 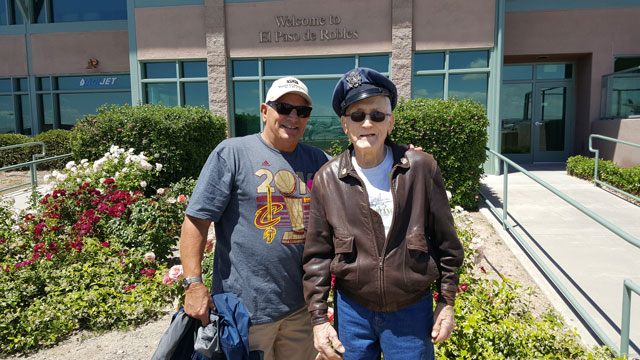 This is a picture of a 92-year-old man who was the pilot of a P-51 Mustang during WWII. His children brought him to the show that day to see the P-51 that was in the show. Because he was a pilot and his birthday that day, he was able to sit in the plane. They also let him fly up to Monterrey with us on another plane. The P-51 flew up with us as well and did some flyovers. – Jim Fotinakes