Paso Robles News|Saturday, December 4, 2021
You are here: Home » Opinion » Letter to the editor: Good to see local youth who understand the benefits of conservative values

Letter to the editor: Good to see local youth who understand the benefits of conservative values

What a great story and after all the crap regarding issues of local groups with non-sensible political views it does my heart good to know that our community also has local youth who are smart enough to understand the benefits of conservative values. Hunter and his group will have a difficult time standing up to the left and will need all the help from reasonable thinking local people they can get.

Story: The president of a California high school conservative club said he was stunned that teacher Kristin Usilton told the group to “jump off a bridge.”

The president of a California high school conservative club said he was stunned that a teacher told the group to “jump off a bridge.”

“A lot of us were just shocked that a government employee paid by tax dollar money would tell students to harm themselves on social media,” Paso Robles Conservative Club President Hunter Breese, 16, exclusively told Fox News. “It was a public statement. A lot of us were in utter shock.”

The Paso Robles High School senior said the group would like to have a conversation with Bauer Speck Elementary School teacher Kristin Usilton, who is under fire after posting the diatribe to her since-deleted Instagram account.

Usilton, 38, took a short video of the club’s Nov. 10 rally to honor veterans on the school parking lot, which featured military and American flags. One student was waving a “F– Joe Biden” flag. The teacher promptly posted the footage to Instagram along with the video statement, “The Paso Robles Conservative club for the high school, you can go jump off a bridge.” 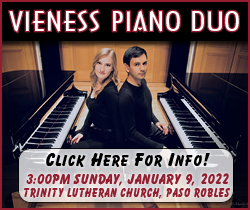